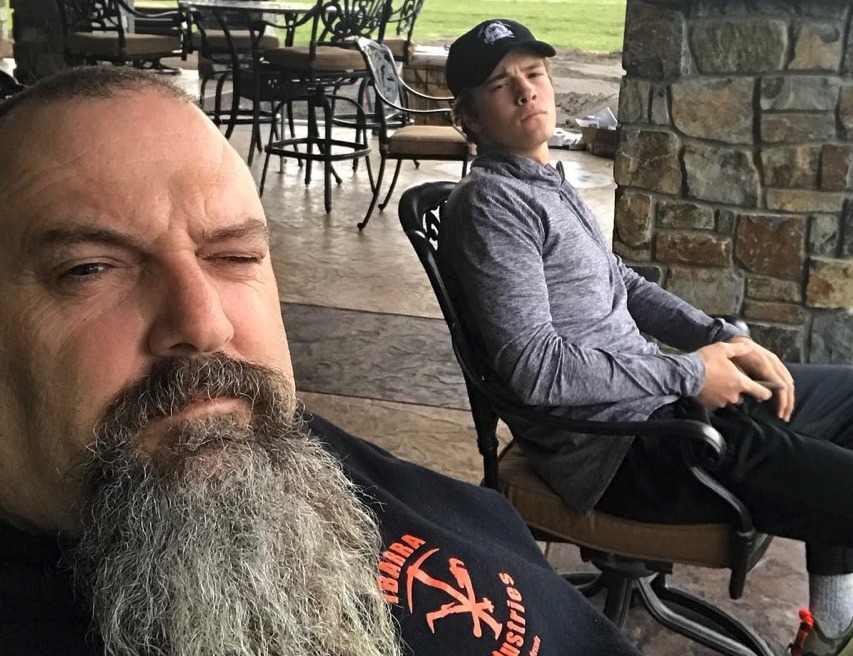 Gold Rush fans have been waiting over 17 months for Todd Hoffman’s Zum Media productions. There appeared to be an array of shows and now the website has less, compared to before. What does this mean for Zum Media? Could this mean that Todd Hoffman will return to Gold Rush?

When Todd Hoffman made the shocking announcement that he was departing from Gold Rush, the show that he and his inexperienced crew of construction workers turned miners made famous, it was believed he would be starting Greenhorn Gold. Soon after the announcement, The Zum Media website was filled with shows that they wanted to put into production. There was an array of animated programming and a couple with Todd Hoffman.

The best known show that Todd Hoffman was creating was Greenhorn Gold. This was to be a reality show where there was a series of gold mining tests. In the end, several contestants were going to go home with $100,000 worth of gold. The other show was entitled Meat. Todd Hoffman was going to be cooking all types of meat out of a state-of-the-art kitchen. The show was going to invite YouTube stars to demonstrate their expertise.

In the past few months, all of the possible programming that Zum Media was developing was all removed from their website. Now, the Zum Media website is pretty bare. There are only photos of the staff, including Jose Behar, the CEO, and of course, Todd Hoffman, the co-founder and executive producer. What does this mean? Fans are confused by the current state of the website.

It is no secret that getting a show from development onto television is no easy task. Even a well-known reality star like Todd Hoffman is bound to run into obstacles. Showbiz is a tough business. There is a lot of waiting time and even good ideas take years to develop before getting a network deal.

This Friday one MAJOR chapter of Gold Rush comes to end with Todd Hoffman's FINAL EPISODE and a special 2 Hour Season Finale. pic.twitter.com/ifJYzRYgfW

What Has Todd Hoffman Been Doing Since Leaving Gold Rush?

When Todd Hoffman left Gold Rush, many believed that his singing talent was going to be his gold strike. He sang the title song for the movie I Can Only Imagine. Over a million people have viewed his beautiful performance on YouTube. But according to his YouTube channel, Todd has not released anything since his “Pieces” cover six months ago.

Instead of spending time in recording studios, Todd Hoffman has been very active in drug interventions. He has helped a lot of people who have addictions get the help they need to recover and resume productive lives. This has to be a labor of love from the man who has always prayed over every decision he has made.

On June 12, he asked fans to pray for him as he made future gold mining plans. “Next week Major meeting in LA about Mining on TV again. Prayers appreciated.” He has not made any announcements about this meeting, but he did share an interesting Gold Rush related post on Father’s Day.

Is Jack Hoffman Leading The Hoffman Crew Back To Gold Mining?

On June 16, Todd Hoffman posted a fine tribute to his father, Jack Hoffman. In this Father’s Day post, Todd shared that Jack was the reason he created Gold Rush. He then revealed that it is up to Jack if they return back to gold mining.

“Happy Father’s Day to my dad. He was the reason I created #goldrush If we go back it will be because he tells me to pull it all together again for another run. He’s a great dad. My grandfather wasn’t great to Jack but he broke the cycle. Thank you God for a great father and Christian example.”

Is There A Hoffman Crew On Gold Rush Season 10?

There may not be a wait to see a Hoffman gold mining on television this year. It appears that Hunter Hoffman has put a team together. Does this mean that he is returning to Gold Rush? The odds look good. Although the social media from all the Gold Rush miners has been scarce, there are enough hints that there may be a Hoffman crew on Gold Rush Season 10. Now, the question remains, will Todd Hoffman be helping his son out this season?

Gold Rush fans, are you surprised at Zum Media’s reduced website? What do you think is next for Todd Hoffman? Share your comments and be sure to check back with TV Shows Ace on the latest with Gold Rush. The tenth season will return to Discovery in fall 2019.