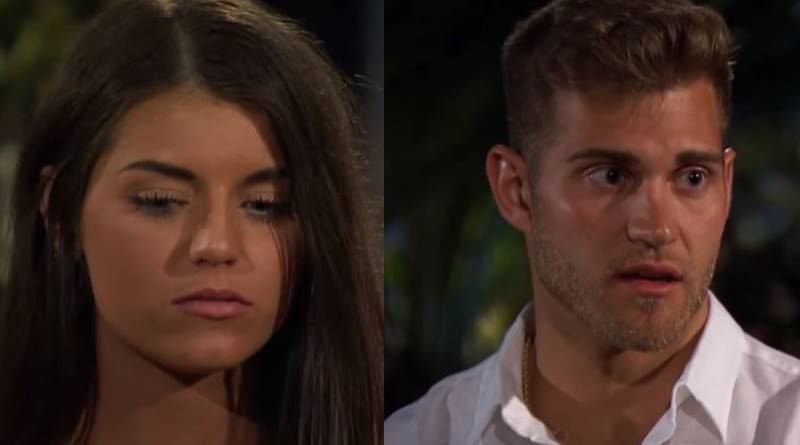 The Bachelor fans well remember Luke Parker on Hannah B’s The Bachelorette. They got into a mega argument about being intimate. He really didn’t want her to be intimate with other men. Now, on Monday’s episode, fans saw Madison tell Peter she’s also unhappy with him slipping between the sheets. That sparked a debate on Twitter about their similarities.

The Bachelor – Madison must have known about the Fantasy Suites, like Luke P

Fans can recall the big blow-up between Hannah B and Luke P. The show’s been running for some years. So, everyone knows about the fantasy suites. But Luke P still entered as a contestant for her heart. Incredibly, he took a stand on it, TV Shows Ace reported at the time.

Hannah became upset and told him bluntly, “sex may be a very big deal to me.” She went on to inform him she couldn’t believe the things he said to her and she really grew angry. As she said, actually, Luke P wasn’t yet her husband and he had no right to dictate to her what she should do with her body. Like Luke P, Madison’s also religious, and some fans wonder why on earth she applied for The Bachelor in the first place.

Similarities and differences between Madison and Luke

On Twitter, the conversation headed round to Madison when she scaled that skyscraper. Apart from freaking out those fans who hate heights, they saw her talk to Peter about not wanting him sleeping with the others. One fan noted the similarities between Madison and Peter seem a bit different.

They noted about Madison, “These are my personal boundaries. You can do whatever you want, but don’t think you get to keep me around if you don’t respect them…Luke: I have set these boundaries for you. If you cross them, you are a sl*t, fake Christian, etc…Big difference.”

Others agreed, and one The Bachelor fan wrote, “People comparing Madison & Luke need to gtfo. Luke SL*T SHAMED HANNAH for sleeping with the other guys. Madison explained her BELIEFS and left the ball in Peters court to decide what to do with the information she gave him. Nowhere near the same as Luke.”

#TheBachelor can someone explain why it would be an issue for Madison to not want her boyfriend to sleep with another woman??

Other opinions on Madison and Luke

From an opposing point of view, one fan wrote, “so when madison has the same concerns luke p had last season it’s all good cuz she’s a girl? peter’s whole thing was having sex four times in a windmill tf did she expect?” Then another one chipped in with, “Madison is no different than Luke P. We were all disgusted and criticizing him when he told Hannah that she couldn’t sleep with the other men. Madison LITERALLY said the same thing. I don’t not stan Madison. You can’t force your views on someone else PERIOD.”

So… Luke can tell Hannah she can't sleep with anyone else and gets BLASTED across the internet.. but Madison can tell Peter that and people praise her as a saint and for 'sticking to her values'

As you can see there’s very different opinions on Madison. What do you think? Did Madison do exactly the same thing to Peter as Luke P did to Hannah B? Or, is it a completely different scenario as some fans think? Sound off your thoughts in the comments below.