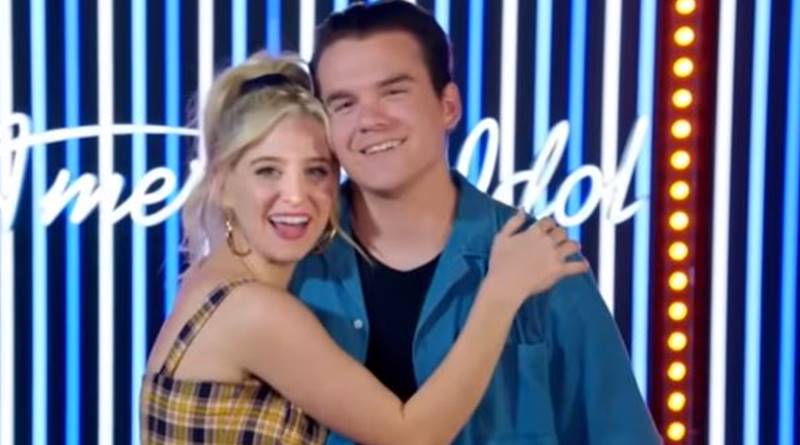 American Idol spoilers already came out. And, while there’s a margin for error, most of them seem quite certain. This week, Katy Perry predicted that Margie May’s boyfriend, Johnny West would go further than Margie. Recall Margie’s a returning contestant. So, did Katy’s prediction prove correct?

TV Shows Ace reported that initially, it looked like at least four previous contestants made it to the Top 40. These included Genavieve Linkowski who got through to Hollywood Week in Season 16. Margie Mays featured as there as well, and she got through to the Top 40 last year. Next came Season 17’s Mick Merico who withdrew last year during Hollywood Week for personal reasons. The last one of the initial spoilers was Travis Finlay from Season 14.

This week, The Idol Pad came out with new spoilers for the Top 18 to 21 contestants in American Idol Season 18. But before going there, let’s discuss Margie’s boyfriend Johnny West. Last year, Johnny went along with Margie to her audition in a support role. Now, he returned again, but this time as an entrant himself. He sang a song that he wrote himself and played the piano.

Sitting down to play, Johnny West seemed relaxed and fairly confident. His swing from rap-style to chorus was clean and pretty much flawless. His talent really came across as diverse and full of potential, fans thought. Katy said that he knows how to sing and comes over as a “pro.” She also added that his “sound is pleasing to the ear.” Finally, Katy noted, “I don’t want this for you in your relationship but you may go farther than Margie.”

However, as Johnny said, the only reason he’s there is “because of Margie.” But then, Lionel Richie told Johnny that he’s got “everything American Idol needs.” Luke commented that it puts him “really close to the Alejandro-Laine contestants” from last year. Luke added, “it’s just special stuff.” Next, they all voted Johnny through to Hollywood.

When her turn came, Margie sang Adele’s “I Found A Boy”. Last year, Katy seemed down on her. This year, Katy wasn’t overly impressed again. She doesn’t seem to like Margie’s super-active over the top attitude. Even Luke asked her if she’d “been sedated” as she stood there going “pppprrrrroooot!” After her performance, she got her golden ticket to Hollywood. But she also made it clear the journey was about both Johnny and her getting through.

After the initial spoiler that Margie got through to the Top 40, her name disappeared off the revised list, Certainly, she’s not on the Top 18 to 21 list that came out recently. Even though Luke felt Margie improved her singing, and Katie said she’s a fan, she felt Margie chose the “wrong song” this year. And, Katy told her that Margie didn’t quite bring a top-notch performance to her American Idol audition.

According to the Idol Pad, Johnny West got through to the Top 18 to 21. But they did note that there’s possibly one name that will drop off the list later.  So, it looks like Katy Perry’s prediction that he’d go further than his girl Margie Mays proved correct.

What did you think of their auditions? Do you think he’s a better performer than Margie? Sound off your thoughts in the comments below.

Remember to check back with TV Shows Ace often for more spoilers about American Idol 2020.