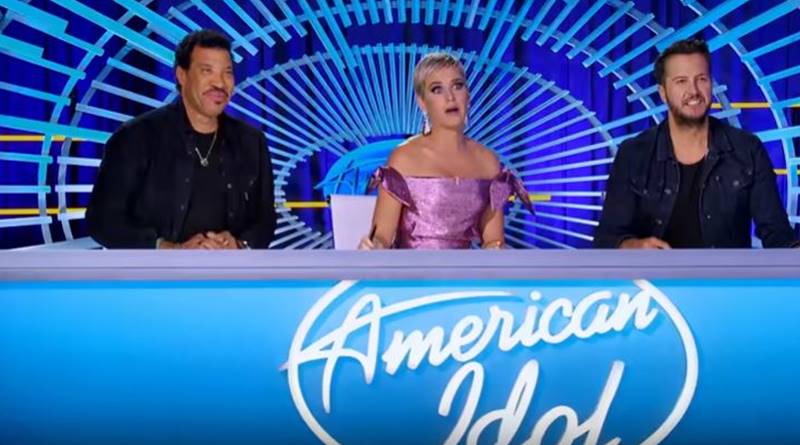 American Idol 2020 moved to their Hawaii venue for filming recently and Bobby Bones shared about it. Fans may recall that last year at that stage, some spoilers emerged about former contestants. It came after an ABC video emerged. That included last year’s winner Laine Hardy. Now, spoilers come out about this year’s bunch of hopeful talents. At least four of them in the top 40 previously tried out for the show.

The popular show moved to Hawaii for their segment there. Bobby Bones shared about it on his Instagram on Friday night. His pic showed Ryan Seacrest, Luke Bryan, Lionel Richie, Katy Perry, and himself all eating Mickey Mouse shaved ices. He captioned it with, “Aloha! Shaved Ice! Mickey Mouse! American Idol! Holy crap! What else can I exclaim! WooPig!” Well, those in the know lectured him saying it’s “shave ice” not “shaved ice,” in Hawaii. But most fans just seem happy that the show’s progressing.

It starts getting real once the contestants get to Hawaii. It’s also the time when spoilers start emerging. TV Shows Ace reported on last year’s winner, Laine Hardy. He’s been touring and still works on that promised album. But this time last year, he was one of those former contestants spoiled as making it through to the Top 40 and the Top 20, once the Hawaii segment got filmed.  Now, the same spoiler site, The Idol Pad, who revealed that info came up with a list of 34 of the Top 40 in 2020. So far, the Top 40 in American Idol 2020 contains four previous contestants.

Who are the previous contestants in the Top 40?

The Idol Pad lists the four contestants as:

However, this number might increase, as not all of the Top 40 for American Idol came out yet. There’s six unaccounted for at this stage. In the meantime, fans might recall that in February last year, Genavieve Linkowski’s sister Corinn passed away in a horrific traffic accident. Fans saw Genavieve last when she sang “Praying” by Ke$ha in the Solo Round.

Margie Mays from American Idol season 17 was also known as “Burping Girl.” Gold Derby reported on her elimination. Katy Perry criticized her in Hawaii ahead of her leaving. Their polls showed that 78 percent of those polled wanted to see her back. Well, it looks like they got that wish.

Then there’s Nick Merico, who sang “Back to Black” by Amy Winehouse. He made it to the next round but later withdrew for “personal reasons.” He also came from an acting background.

Travis Finlay and other names from other shows

The next previous Idol contestant on the Top 40 is Travis Finlay. Travis sang “Stay” by Rihanna last time around and the judges all agreed he needed a ticket to Hollywood.

There are other singers who did well in other shows that got named in the Top 40 for American Idol 2020. These include Makayla Phillips from America’s Got Talent Season 13. She made it to the Top 22. Then there’s DeWayne Crocker, Jr. who was B.E.T.’s Sunday Best: Race To The Stage Winner. And, finally, there’s Elyjuh René from The Voice U.S. Season 7. He made it to the Top 20.

What do you think about these previous American Idol contestants who made it to the 2020 Top 40 list? Are you a fan of any of them? Sound off your thoughts in the comments below.