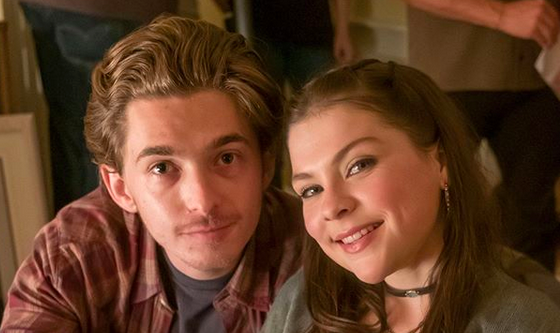 This Is Us viewers certainly aren’t happy with Marc, who is teenage Kate Pearson’s boyfriend. We know that he’s controlling and seems to be damaging the teenage girl’s self-esteem. Logan Shroyer, who plays teenage Kevin Pearson, talked about how this impacts Kate. Unfortunately, it looks like he isn’t gone for good. Here’s a refresher on what’s happened between Kate and Marc.

Note that there are spoilers from Season 4 in this article. If you’re not caught up on the episodes, you may want to stop reading.

What’s up with Kate and Marc?

A couple of weeks ago, fans saw them on the way to the cabin. Marc dumped Kate on the side of the road. She was alone in the cold and the dark. Even before this, viewers weren’t crazy about his character. So, they definitely weren’t happy about this.

In last week’s episode of This Is Us, fans of the show saw that Marc and Kate went to the Pearson family’s cabin alone. Kate and Marc have an argument at the cabin because Marc isn’t being cautious with Jack Pearson’s special mug. Kate lets him know that nobody but Jack ever used the mug. Marc then joked around and acted like he was about to drop the slippery mug. Then, in what looked like an accident, he dropped the mug and shattered it, which broke Kate’s heart.

Kate was visibly upset and went outside to grab wood for the fire. While she was out there, Marc locked her out. She eventually had to break a window to get back in the cabin.

Meanwhile, Rebecca, Kevin, and Randall Pearson are on their way to the cabin because Rebecca has a bad feeling about the whole situation. Plus, Kate previously called her with an update after Marc dumped her on the side of the road. She didn’t disclose that information to her mom though. Still, Rebecca can tell something’s up. The This Is Us mom knows her daughter well.

If it weren't the '90s, we'd make Kate promise to have Rebecca on speed dial. #ThisIsUs

When Rebecca, Kevin, and Randall arrive at the cabin, they notice it’s chilly inside and that the window is broken. Eventually, Marc tells the whole story. Rebecca tells him that he will never see her daughter again, and he leaves the cabin.

After everything that happened in the last episode, fans were hopeful that would be the last we’d see of Marc. Rebecca seemed pretty firm with him and fans hoped he would listen.

But, as it turns out, he could return. In an interview with Entertainment Weekly, executive producer Isaac Aptaker reveals that Marc might be back. He was pretty cryptic about the whole thing and said, “For the time being, that’s the last we’ll see of Marc.”

This Is Us airs Tuesdays on NBC.