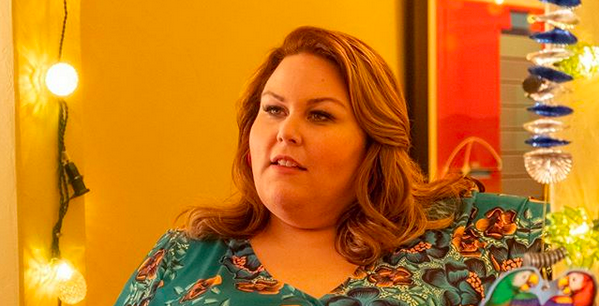 Right now, This Is Us is featuring each member of the Big Three in their own episode. Each episode is titled “Hell of a Week”. So far, fans have seen both Randall (Sterling K. Brown) and Kevin Pearson’s (Justin Hartley) episodes. Next up, viewers will see Kate’s (Chrissy Metz) “Hell of a Week”.

The Kate-focused episode will air on Tuesday, February 11 at its normal time. The show didn’t air Tuesday, February 4 due to the State of the Union address. So, if you can’t find the episode on your DVR or streaming service, that’s why.

At this time, we’ve only seen a glimpse of what’s to come in Kate’s upcoming episode. In the preview, things are not looking good for teenage Kate and her boyfriend Marc. Plus, present-day Kate mentioned to Kevin that her relationship with Toby isn’t in a great place. But, we still don’t know everything that’s going to happen. And, there will be plenty of surprises along the way from the This Is Us writers.

We last saw teenage Kate speaking to Marc on the phone, saying, “Why are you so mad? Did I do something wrong?” Things aren’t great in that clip. Later, Rebecca Pearson (Mandy Moore) says, “I’m worried about Kate. And she rode off with Marc to the cabin. She just called me crying. I think she’s in trouble, Kev. We have to go get her.”

Now, fans are going to have to wait almost a week to find out what happens. But, some hints are being revealed.

This Is Us star Logan Shroyer talks about Kate and Marc

Luckily, Logan Shroyer, who plays teenage Kevin, is talking about the upcoming episode. Logan recently spoke with PEOPLE about Kate and Marc.

Marc is escargot. What do you think goes down in Kate's chapter of The Big Three Trilogy?

He said, “There’s always a lot going on with the Pearsons.” Fans of This Is Us agree that there’s always something happening.

Then, Logan continues. He talks about Kate’s relationship with Marc and what happens during her “Hell of a Week”. He says, “It’s a big deal what happens, especially in this episode and the coming episodes. It definitely changes Kate’s life.”

He finally said, “Fans are going to go on a wild ride.” So, while Logan couldn’t drop any major bombs about the next episode, he sure gave fans something to look forward to.

As of right now, viewers think that Marc is abusing Kate or that the two just had a really bad fight. We already know that Rebecca isn’t a huge fan of Marc. Maybe there’s a reason for that.

Don’t miss This Is Us when it returns to NBC Tuesday, February 11.

What do you think of Logan’s comments about Kate and Marc? Are you looking forward to next week’s episode? Leave a comment below.