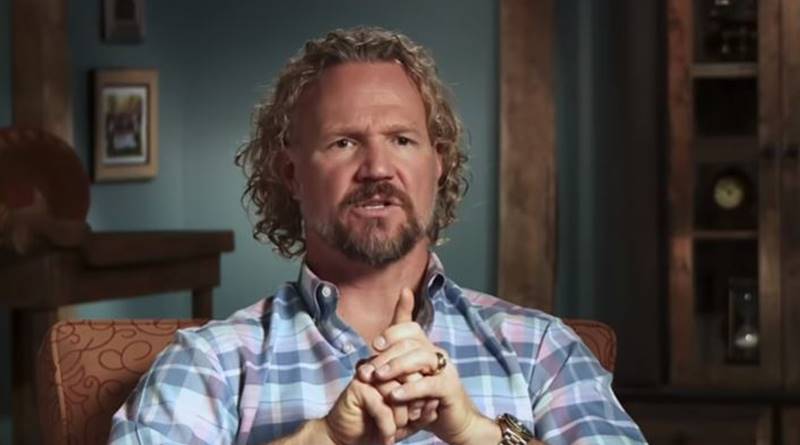 Sister Wives fans heard that back in 2018, Kody Brown might become a character witness for Mitchell “Kyle” Henderson. Mainstream media covered the story of Kyle who was accused of severely beating up his first wife. In the end, the charges amounted to a slap on the wrist. Now, furious fans slam TLC for  featuring  someone they view as an “abuser.”

Sister Wives and the original scandal about Kody and Kyle Henderson

TV Shows Ace reported back in July last year, that the story of Kyle’s wife Nicole Henderson, was discussed on Polygamy: What Love Is This. Allegedly, Kyle beat Nicole up after a new wife joined the family. Nicole said that it happened after she texted another man. In court, it turned out that for those abuse charges, Kyle finally ended up in a plea deal. According to The Salt Lake Tribune,  basically, he ended up with good behavior probation.

The outlet noted, “Fourth District Judge Christine Johnson will dismiss both counts if [Kyle] obeys all laws for 12 months and pays a $400 fee. Henderson had been charged with six felonies for assault, domestic violence, and witness tampering.” One of the allegations that emerged was that Kyle allegedly told Nicole to cut her own throat in from the kids. However, the kids denied any of it ever happened. Obviously, Nicole, the daughter of then-Senator Kevin T. Van Tassell, expressed her disappointment in the outcome. Now Kyle pitched up on the Sister Wives show this Sunday night.

Katie Joy, of YouTube’s Without A Crystal Ball, got mad when Kody walked around the land in Flagstaff with him. Kyle talked to Kody about polygamy and the homes they want to build. During the show, Kody mentioned that Kyle used to be a polygamist. He certainly didn’t mention that his wife left him and took him to court for a domestic violence charge.

Katie waded in on the attack against Sister Wives, noting on  Twitter, “No way! Kyle Henderson is on #sisterwives!” Taking about how Kody just mentioned in passing that Kyle used to a polygamist, she noted, “Stop lying @realkodybrown.” She added, “Nicole didn’t leave! Kyle beat the sh*t out of her! Be honest! He’s a wife beater!” Then she reiterated, “She didn’t leave! She fled for her life because Kyle crushed her larynx and beat her so badly she couldn’t move for a week!”

No way! Kyle Henderson is on #sisterwives! Stop lying @realkodybrown – Nicole didn’t leave! Kyle beat the shit out of her! Be honest! He’s a wife beater! She didn’t leave! She fled for her life because Kyle crushed her larynx and beat her so badly she couldn’t move for a week! pic.twitter.com/okcavmTiEU

Furious fans react to the scene with  Kyle

Plenty of fans either never heard of Kyle before, or forgot who he was. But others recalled him. One said, “Kyle‘s first wife left…… BECAUSE HE BEAT THE EVER LOVING SH*T OUT OF HER……… ON MULTIPLE OCCASIONS!!!!! GEEZUS H!!!!!!!#sisterwives.” Another noted, “UH OHHH… THE INFAMOUS KYLE HAS ENTERED THE SCENE. ALLEGEDLY KYLE‘S 1ST WIFE LEFT BC HE WAS ABUSIVE. DIDN’T KNO HOW 2 TALK BOUT IT.”

Taking to Twitter again, after some Sister Wives fans expressed their ignorance on Kyle, Katie told them more about the man. Her tweet read, “Kyle Henderson is so arrogant and narcissistic that he thought he could go on #sisterwives and we wouldn’t know who he was.” And, he’s actually right as few people picked up on it originally. Katie added, “Kyle Henderson beat his wife so severely he crushed her larynx. He’s a bishop in the church and Kody covers for him all the time. please RT – get it trending.”

Kyle Henderson is so arrogant and narcissistic that he thought he could go on #sisterwives and we wouldnt know who he was. Kyle Henderson beat his wife so severely he crushed her larynx. He’s a bishop in the church and Kody covers for him all the time. please RT – get it trending pic.twitter.com/M8NFXcwHIY

What do you think about TLC starring Kyle Henderson on the Sister Wives show? Are you, like others, insensed that TLC is giving air time to who many followers believe is an “abuser?” Sound off your thoughts in the comments below.