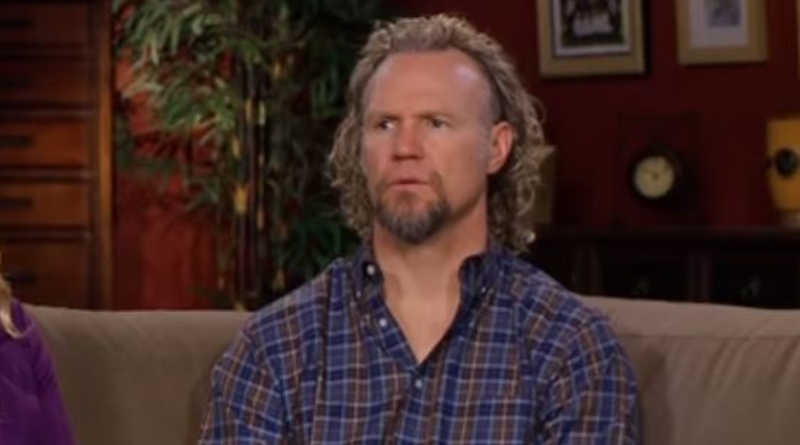 Sister Wives star Kody Brown was expected to give character witness testimony to Mitchell ‘Kyle’ Henderson. In 2018, it became widely reported in the tabloid media that Mitchell Kyle Henderson allegedly beat his first wife. It came after he brought in another wife. At the time, suggestions came that Kody might testify on behalf of the defense. In April 2019,  the host of Polygamy: What Love Is This? spoke to  Henderson’s ex-wife Nicole Henderson. The host claims that Kody allegedly mocked an abuse victim in a polygamist relationship, Radar Online reported.

According to Nicole on the episode, she felt terrible at the lifestyle. It meant her children cried at night when their father went to “sleep with another woman.” She believes that it’s impossible not to take out “frustration on the other [sister] wives’ children.” So, that’s not healthy from her perspective. Plus, they talked of ‘blood atonement.’ The host said that if they sin and God can’t forgive it, they need to sacrifice themselves. In other words, “kill themselves.” Well, we don’t hear this from the Brown family at all.

Nicole Henderson texted another man. Kyle allegedly told her she would have to slit her throat in front of her children. Is this the type of abuse the Sister Wives family experience? It’s hard to imagine the family put up with this type of abuse in their polygamist lifestyle. Anyway, Nicole spoke about males in polygamy groups, Nicole said, “We’re basically property or chattels.” She added, “that’s how you’re treated.” Allegedly, even “trading” wives seems acceptable and equates to “sex trafficking.”

On the show, some photos allegedly featured Nicole after a beating. However, Nicole stayed for “her daughter’s wedding.” Eventually, Kyle allegedly acted like Sister Wives‘ Kody Brown. “He wanted a legal divorce to sign over full custody to the concubine.” However, she refused a divorce. The “abuse and intimidation kept getting worse and worse,” Nicole said. Next, she said that her ex said on her “son’s birthday, you have one hour to pack a bag.” In fact, she claims he tossed her without any food or money. However, luckily she had a few things “secreted in her bra.”

Filing charges, Kyle later faced six felony charges, including “domestic violence in front of a child, and witness tampering.” However, she notes Utah “refused to prosecute the case because her older children were going to testify against [her].” Allegedly, she beat herself up, or perhaps the “family dog attacked her.” Another story was that she got “run over by a snowmobile.” However, the Utah authorities eventually gave him a plea deal which Kyle took. In other words, it was a ‘misdemeanor.’

The host says Kody Brown being a character witness is shocking

Speaking about the leniency on Kyle in Utah, the host said that it shocked her that Sister Wives‘ “Kody Brown was going to be a character witness” for Kyle. She added that “A few years ago, the reality show had an episode where they had Kody Brown and his wives, plus some people from polygamy groups in Las Vegas.” A friend of hers claimed abuse, but according to the host, the Browns “just mocked her.” They said, “there’s no abuse in polygamy.” However, they did condemn abuse, but “Kody Brown was going to be a witness for [Nicole’s] abuser.”

Nicole added that “in a twisted weird story, Kody Brown was also his character witness when he got excommunicated from the Mormon church.” According to Nicole, “Kody was going to stand for a man who beat [her] to the point where [she] could not get out of bed for a week.”

Well, we heard the point of view from one person on the Polygamy: What Love Is This? show. However, we can’t say for sure that the wives of Kody suffer the same treatment. However, it may go some way towards explaining why Meri Brown ‘volunteered’ to accept a divorce from Kody Brown when he wished to marry Robyn Brown.

What do you think of all of this? Sound off your thoughts in the comments below.