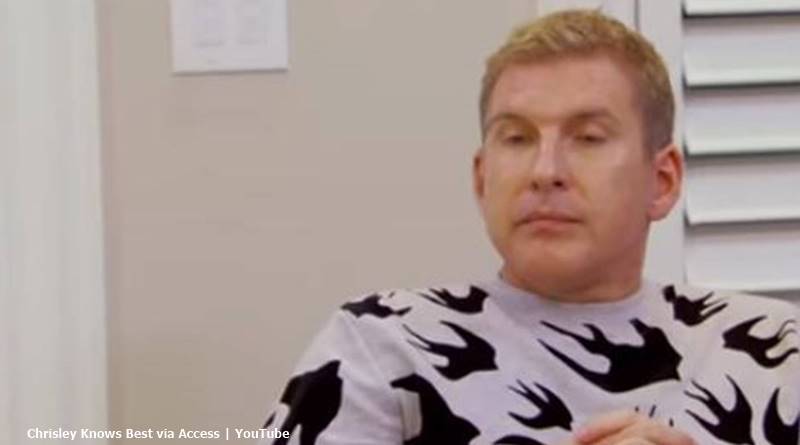 Todd Chrisley gathered many devoted fans on his Instagram. But, he regularly gets trolled. Plus, bear in mind, there’s division in his family and multiple federal charges against him. If he and Julie get convicted, they face a long time inside a prison. So, he’s got loads of enemies. Now, he likened haters to snakes and suggests people “just stay out the way.”

Taking to his Instagram on Friday night, Todd shared a rather graphic photo of two dead snakes. He captioned it with, “These 2 snakes killed each other. The king cobra bit the python and the python in return squeezed the cobra to death.” Then, Todd shared his take on the moral of the story. The patriarch of Chrisley Knows Best noted, “the snakes in Your life will eventually eliminate each other.”

Todd Chrisley concludes, “All you gotta do is stay out the way. 👌🏻” Well, his fans loved the idea of his philosophy. However, not all, of them enjoyed the ugly picture of dead snakes. One fan said, “Very good point! But I could’ve done without the visual 🙈😅🤣.” Another chipped in with, “Oh, dang. I needed that. Never thought of it that way. Thank you for sharing that [word of insight].”

Fans thank Todd for the snake insight, but in real life, he’s got a lot of problems

One fan of Todd found his angle on the photo very useful. They commented, “Oh man that’s something. And I totally agree with you Todd I’ve ran into a lot of Snakes 🐍. but I was to dense to realize it until it was too late. Such as life. Hope all is well 🤗👍🏻🙏🏻, (sic).”

Perhaps Todd feels a lot of pressure as he sits in a precarious position at the moment. TV Shows Ace reported in December, that Todd Chrisley beat the charges of tax evasion charges in the state of Georgia. However, the problem never went away completely. That’s because he still faces federal charges relating to allegedly evading federal taxes and business fraud. They appealed that on the ground evidence was found illegally.

These 2 snakes killed each other. The king cobra bit the python and the python in return squeezed the cobra to death. The Moral of this story is, the snakes in Your life will eventually eliminate each other. All you gotta do is stay out the way. 👌🏻

Illegal evidence claim may not work for Todd

A  week ago, Katie Joy of Without A Crystal Ball on YouTube discussed the claim about illegally obtained documents. She talked about how the prosecution argued a ton of reasons why they could submit the evidence. Right now, although continuing his pranks and upbeat posts, possibly he stresses deep inside about the possibility of a prison sentence.

Perhaps he feels betrayed as a report from Radar Online is that one of his family helped out with finding the evidence in the first place. Did you think that maybe Todd’s post that likened snakes to haters might be a bit of shade on an estranged family member? Sound off your thoughts in the comments below.