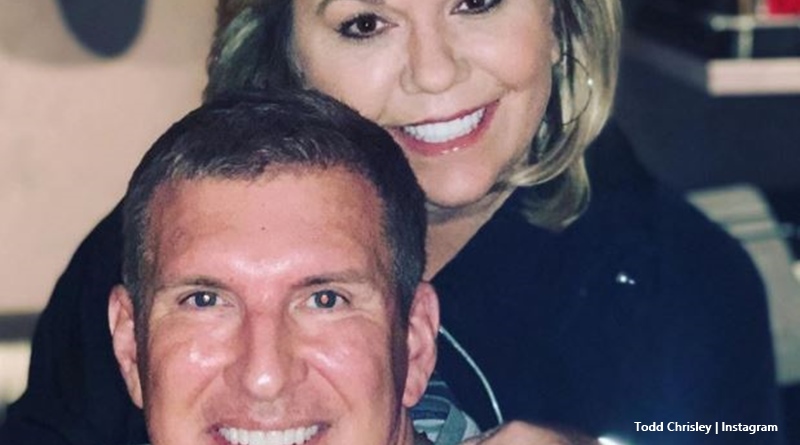 Todd Chrisley and his wife Julie won their tax evasion charges in the state of Georgia back in October. But, they still face federal charges relating to allegedly evading federal taxes and business fraud. But, now reportedly they allegedly claim proof that the prosecution in the case obtained their evidence illegally. Therefore, they want it removed from the court.

TV Shows Ace reported that when Todd and Julie managed to put the Georgia state case behind them. They still faced other legal problems. And, those problems seem much more severe. So, “their legal drama isn’t all over yet.” The case investigated by the Federal Bureau of Investigation and the Internal Revenue Service still awaits the trial. While cleared in Georgia might help them, the federal charges seem complex.

Todd always maintained his innocence. Over on his Instagram and on his podcast, he feels confident. Obviously, the possible lengthy jail term weighs on his mind if found guilty. So, all efforts from him and his legal team work on digging through the various documents. on hand. But, now, they believe the prosecution evidence is based on illegally obtained documents. If those seized documents prove illegal, the method they obtained them could result in the courts declaring them inadmissible.

The technicality could help Todd evade a guilty sentence

While the prosecution might hold evidence, technicalities like this could prevent the prosecution from using it. That doesn’t make them squeaky clean, but bear in mind U.S. laws assume innocence before the end of court proceedings.

According to TMZ, they obtained documents that say “the Chrisleys claim the Georgia Department of Revenue illegally seized 2 of their Atlanta storage units in 2017.”

Allegedly, the evidence got seized based on a “false” tax lien. Actually, that may relate to their previous tax evasion charge in Georgia being cleared. If Todd Chrisley’s claim turns out correct, the evidence could be tossed by the courts, it seems. But, possibly even then, they would still face problems of over alleged fraudulent business conduct. The road looks long and rocky ahead. But, on his social media, Todd seems buoyantly confident.

Todd still posts amusing anecdotes and memes around on his Instagram. His followers loyally avoid discussing the case. He carries on as if nothing much happened. And, he swiftly tackles anyone who trolls on him. In early December, he shared a post about perfection. It said, “After gossiping about me, please pray for me, I want to be perfect like you.”

One commenter said he sounded a “bit bitter.” But, Todd said. “no bitterness on my part, God took that from me years ago when I understood that if he stood with me those that stood against me didn’t matter. Obviously, he puts much faith in God to help him clear his name.

What do you think about Todd Chrisley of Chrisley Knows Best” allegedly claiming the prosecution obtained evidence illegally? Do you hope he’s correct and the courts declare it inadmissible? Sound off your thoughts in the comments below.