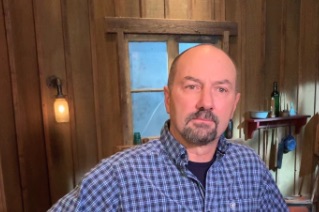 Dave Turin’s Lost Mine star, Dozer Dave Turin, recently shared his honest opinions on his former Gold Rush stars. This includes Parker Schnabel, Tony Beets and even Todd Hoffman. What he reveals may make one of these men blush. What did the gold mining reality star have to say?

What does Dave Turin think of his former Gold Rush co-stars? TV Shows Ace has already reported that Dave Turin’s Lost Mine is starting on Friday, February 21, on Discovery. But, his recent conversation with Aprile Neale at Monsters & Critics shared his very interesting opinions on his former co-stars Parker Schnabel, Tony Beets and Todd Hoffman.

Yes, Dozer Dave thinks the world of Parker Schnabel. He discussed Parker at great length. First, he admired that Schnabel stuck to Scribner’s Creek for nearly a decade. Then he shared his awe in how Parker has been able to “pull thousands of ounces out of the ground” at such a young age. Turin called Parker’s gold mining skills “amazing.2

Recently, TV Shows Ace reported that Parker’s crew was worried that Schnabel would not find gold for Gold Rush Season 11. They may want to talk to Dave Turin to set themselves straight. Parker knows his stuff!

What Does Dozer Dave Have To Say About Todd Hoffman?

So, what does Dave think of Todd? If you think that Dave Turin is going to be critical, you don’t know him at all. April asked him what he thought of the show, and how it has evolved over time. It has been a few years since Dozer Dave was part of the Hoffman crew.

Dave carefully began his answer with “I always like to keep it positive.” He started out by being grateful. Turin ws thankful for his Gold Rush experience. He was able to see the world. That said, the only Todd comment was a gentle “What Todd Hoffman did for me, personally, Todd bounced around a lot. He didn’t stay put.” Of course, he was referring to Guyana, Colorado, Oregon and the Klondike. The nail on the coffin was his comment “Every single year we were at a different spot.” That pretty much seems to sum up why Dave believes they were not successful like Tony or Parker. In fact, he made a point of mentioning both Tony and Parker right after the “different spot” comment.

But, as always, Dave Turin found the positive in the experience. This is how he got to where he is today. “For Todd to bounce around as many times, it taught me how to mine, and problem solve, and troubleshoot in different areas. I felt I became a much better miner in adverse conditions.” Turin then explained, “I learned to adapt. I learned to be able to read ground and to figure out how to move dirt in some of the worst places on this planet. And it is because the easy gold is gone, and all the gold is really in difficult areas.  It didn’t make the best of TV or the best profitable gold mining, but it taught me how to adapt and gold mine in other areas.”

When speaking of Tony Beets, Dave made the comparison. “He has been up on Paradise Hill for 40, 45 years, and he’s a very good miner.” Clearly, Dave Turin is in the Tony Beets admiration club!

Be sure to check back with TV Shows Ace for the latest Gold Rush news. Gold Rush: Dave Turin’s Lost Mine Season 2 premieres on Friday, February 21 at 9 p.m. Eastern, on the Discovery Channel.

As Betty White Heads For 99th Birthday She Says A ‘Sense Of Humor’ Keeps Her Forever Young
‘Bold & Beautiful’: Full Deodorant Bottle Used To Cover This Star’s Stench
How Do The Kardashians Feel Filming Their Final Season?
The Real Reason Why Daniel Lissing Left ‘When Calls The Heart’
‘Sister Wives’: Does Christine Brown Look Like A Man In This Photo?