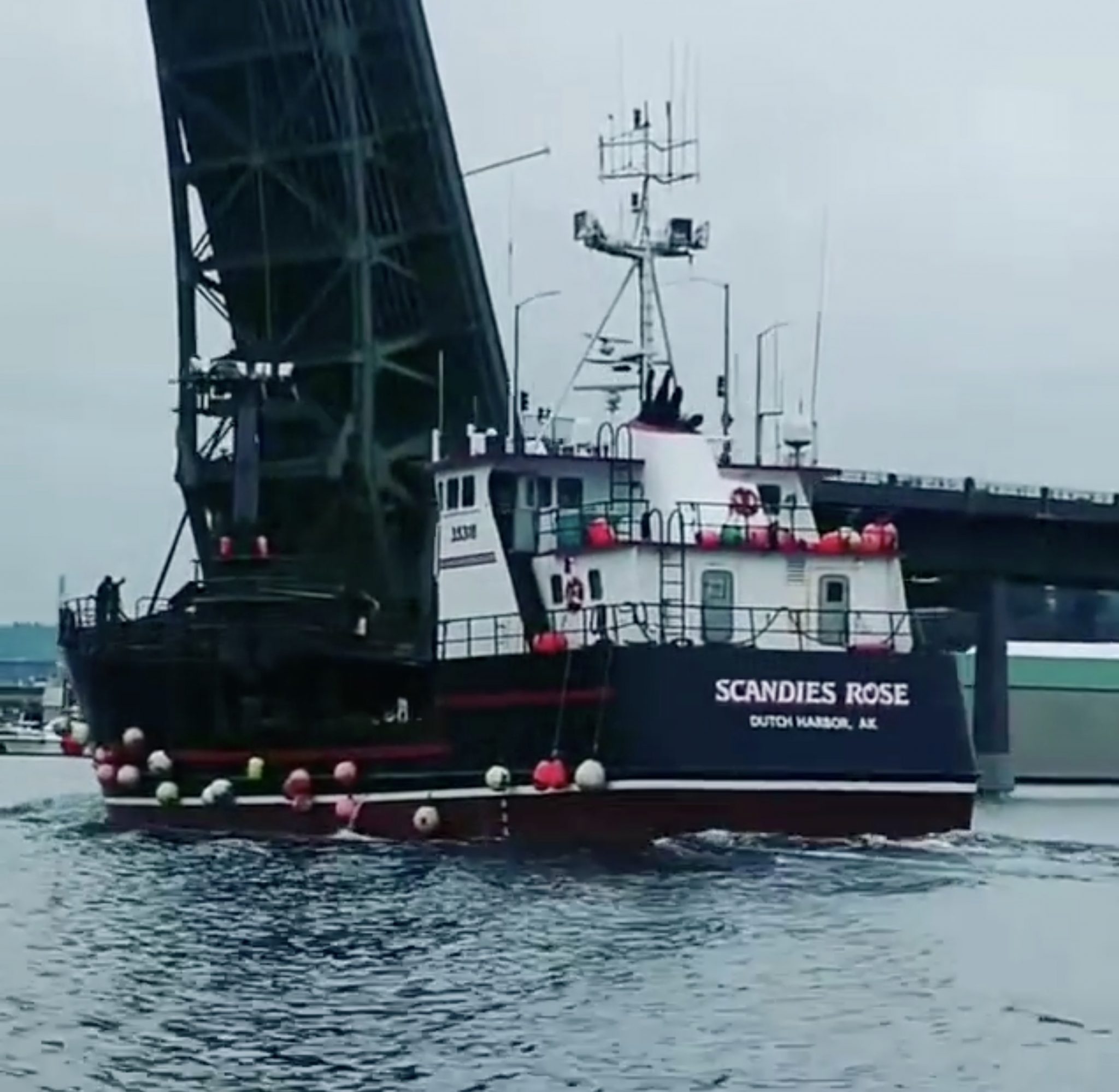 Deadliest Catch fans will want to know that efforts are now being made to locate the sunken Scandies Rose. What is the latest news on the crab boat disaster?

Just recently, the tugboat Endurance has been sent out into the Bering Sea in search of Scandies Rose wreckage. According to KTUU, who spoke with Gerry Cobban Knagin, sister of the Scandies Rose captain, Gary Cobban Jr., the Endurance is going to conduct some sonar reports in Sutwick, using a remote operated vehicle. Cobbin, his son David and three other Scandies Rose crew members died when the crab boat sunk on New Year’s Eve. The images from the scanning will be used to determined the cause of the boat sinking. The images will also be used for insurance purposes.

“We wrote all of the missing five people on those lime-green buoys, and then followed ADF&G regulations for crab pot buoys with the number and ‘SR’ for the Scandies Rose.”

She explained that her brother would leave out lime-green buoys with family member’s names during crab season. Knagin realized that this would be the best memorial to him and to the lost crew.

The Endurance trip is especially important to the families who are mourning. They hope that seeing the wreckage will help them gain closure. Currently, there has not been any information on whether the Endurance has found the Scandies Rose wreckage. Odds are, this excursion will be included in the next season of the Deadliest Catch.

The Scandies Rose sank in 20-foot seas and sub-zero winds off the coast of Alaska. The devastating loss also brought an astonishing tale of endurance.https://t.co/oZtCZBVaqM

When Is Deadliest Catch Season 16 Starting?

Right now, Discovery has not announced when the Deadliest Catch Season 16 is starting. Usually the show starts in mid-April, and the network makes an announcement a month prior to the premiere date.

One thing is certain is that the tragedy of the Scandies Rose will surely be a part of the sixteenth season. First, Dean Gribble Jr., one of the two crew rescued from the Scandies Rose starred on the Deadliest Catch back in Season 13. As TV Shows Ace reported, Gribble worked on the Saga with Captain Jake Anderson. Dean and Jake went head to head, and soon, Gribble was off the boat. Deadliest Catch fans may assume that Gribble will share his harrowing tale of getting off the crab boat before it sunk.

Other stars of the reality show knew the captain and crew of the Scandies Rose. Captain Johnathan Hillstrand unretired and was back on the Bering Sea. He shared on Twitter a memorial to the lost crew: “Gary Cobban, David Cobban, Arthur Ganacias, Brock Rainey and Seth Rousseau-Gano F/V SCANDIES ROSE: REST IN PEACE MY FRIENDS.”

Early in the 2019-2020 crab season, TV Shows Ace has reported that there were Discovery cameras on the Time Bandit with Captain John this recent crab season.