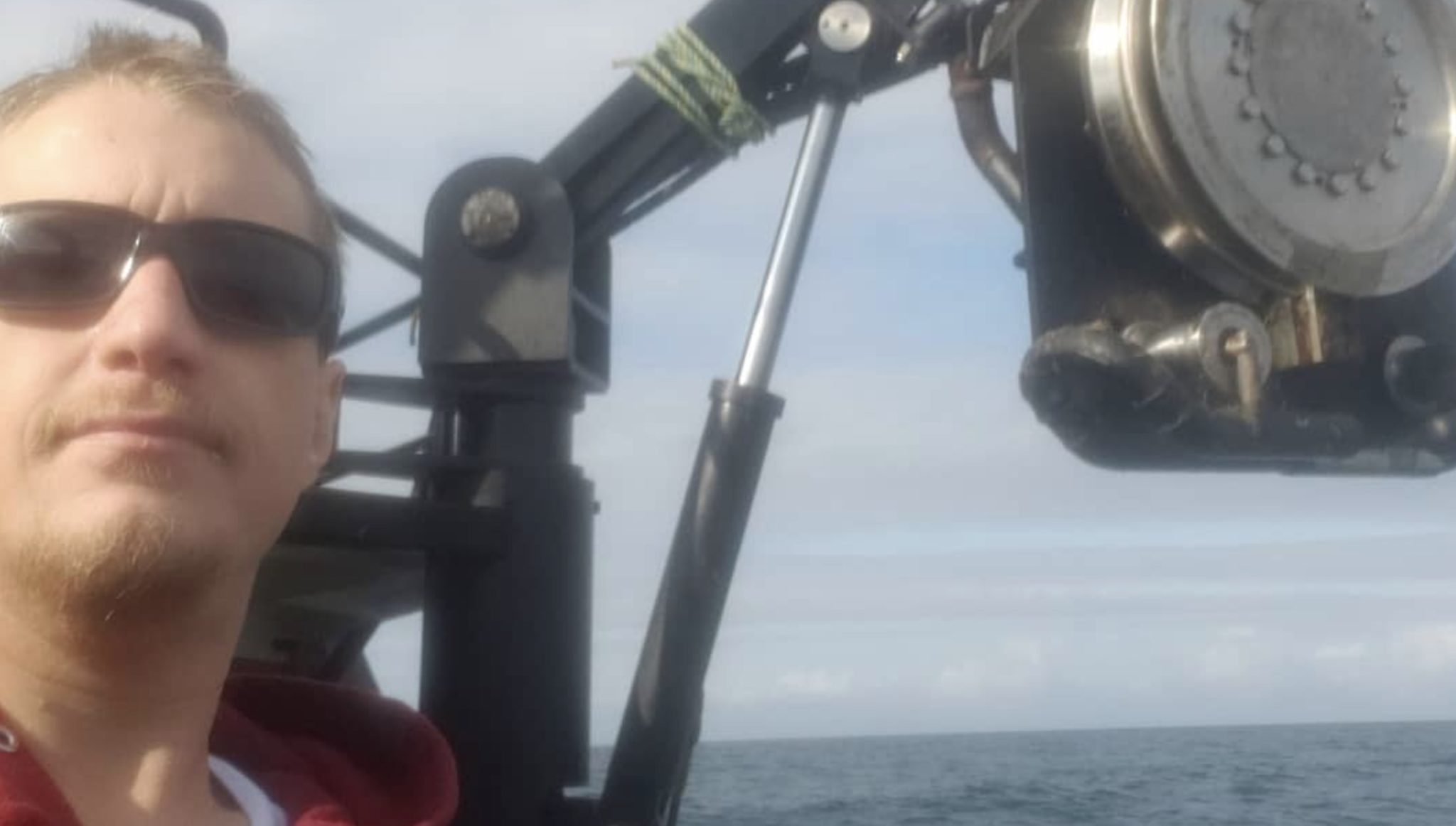 One of the two rescued crab fishermen from the F/V Scandies Rose, Dean Gribble Jr., starred on the Deadliest Catch. Some may remember him from Season 13, when he and his captain, Jake Anderson, went head to head. What does Gribble have to say about the disaster and how he and John Lawler survived.

The Tragedy Of The Scandies Rose

As TV Shows Ace first reported, the Scandies Rose sank on New Year’s Eve, around 10 p.m., Alaska Standard Time. They know this because this is when they sent out a distress signal. What is also known is that the 130-foot crab boat was about 170 miles southwest of Kodiak Island, and the U.S. Coast Guard sent out numerous crews to find the wreckage and the seven crew members.

It was around 2:00 a.m., that the search crews found two rafts, but still no boat wreckage. The first raft was empty. But, in the second raft, were the only two survivors. This was Dean Gribble Jr. And John Lawler. Dean wasn’t even supposed to be on the boat. John called him on December 28, because a Scandies Rose crew member had quit. Then, Dean flew up to Alaska the 29th, was on the boat the 30th, his birthday, and then it sank. Seemed liked a whirlwind, but nothing in comparison to the four or so hours between the boat sinking and the duo being rescued.

Dean was sleeping at the time John woke him up, telling him that the boat was “going down.” Gribble shared some horrific conditions, including 40 mph winds, the boat listing to the side and 30-foot waves. But as Deadliest Catch fans know, things get very dangerous when a boat takes on ice, and the Scandies Rose did just that.

Gribble shared the frantic moments that eventually made the difference between life and death.

“I started passing out the suits to everybody. We’re listing really hard at this point. I tried to get my suit on on the ground, and I couldn’t because I kept sliding down towards the starboard side. I jumped up in the bench and used the armrests as a foothold, and I was able to get my suit on about halfway. The armrest I was using broke, so I started sliding down.”

After he got on his suit, he helped Lawler get on his and the two tied a rope around each other so that they would stay together. During this time, he was screaming at the other guys to get out. Although they were trying, the way the boat was turned made it impossible for the men to get out. Dean tried to get something to them, but everything was ice over and it was impossible. They tried everything they possibly could to help them. It got to the point where they had to get off the boat.

The lights had gone off for a while now, and the noise of the metal crashing was intense. While in the water, they saw the boat “penciled, straight up and down.” And then go straight into the sea.

Scandies Rose sinking marks grim start to 2020. Five lost in 45-knot winds, heavy freezing spray southeast of Kodiak, Alaska⠀ The Coast Guard and National Transportation Safety Board launched an investigation into the New Year’s Eve capsize and sinking of the Scandies Rose, a veteran of Alaska’s Bering Sea crab fishery and the worst accident there since the 2017 loss of the Destination.⠀ Five were lost with the Scandies Rose: longtime captain Gary Cobban Jr., 60; his son, David Cobban, 30; Seth Rosseau-Gano, 31; Arthur Ganacias, 50; and Brock Rainey, 47. Read more on NationalFisherman.com

Gribble Thought He Was Going To Die

Gribble confessed that he was sure that he was going to die. His main concern was to get out so it was possible for rescuers to find his body, in order to give his family closure. He comes from a crabbing family. Dean has been part of a team set out to rescue or recover. Because of this, his top concern was for his family’s peace of mind.

” I knew I was going to die. My main concern was just trying to get out so maybe they could get my body or something for my family to get closure.”

The pair were in the water, but eventually found a liferaft about 500 feet away. There was some water in the bottom of the raft, but felt pretty warm. Although they both knew they were going to die, they kept talking about their futures. John was going to be a father and Dean was getting ready to be married. In this catastrophic scene, they both hoped for the impossible, and they got a miracle. They were rescued.

Deadliest Catch fans, do you remember when Dean was on the Discovery show? According to IMDb, Dean Gribble was featured in these episodes of the Deadliest Catch:

Why Did Scandies Rose Sink?

So far, the United States Coast Guard has not yet determined why the crab boat sank. Surely, they will take Dean Gribble Jr. and John Lawler’s firsthand accounts.

Be sure to check back with TV Shows Ace for the latest Deadliest Catch news.

‘Bachelorette’ Preview: Katie Warns Clout-Chasers To Get The Eff Out
Dr. Now Shares A Key Factor In Reversing Obesity: What Is It?
Arie Luyendyk Jr. Gives Update On Daughter, Reveals Son’s Name
‘AGT’ Klek Entos: Who Is The Man In A Bizarre Mask?!
‘Bachelorette’ Cody Menk: What Exactly Is A Zipper Sales Manager?