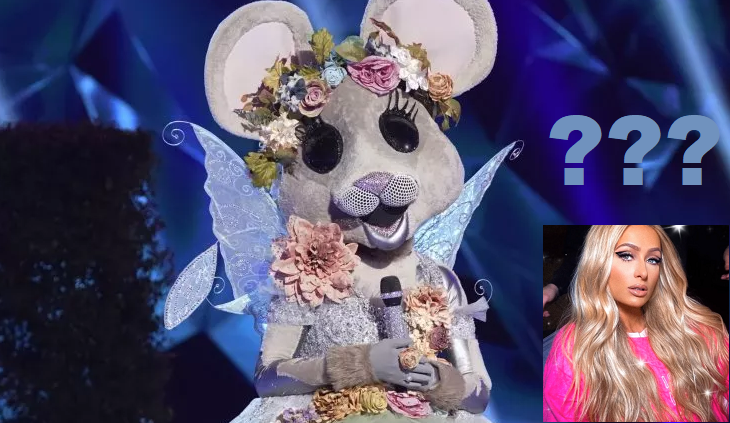 Let The Masked Singer theories commence. Wednesday night’s episode will introduce viewers to six new contestants from Group B. The first few episodes of Season 3 were focused on Group A. Now, it’s time to focus on this new group of competitors.

The competitors include Banana, Elephant, Frog, Kitty, Mouse, and Taco. But it’s The Mouse that has fans already talking. Even though viewers have not seen any of the contestants from Group B perform, the recent previews have already provided them with all the clues they need. And, they believe The Mouse is none other than famed heiress and reality star, Paris Hilton.

As Newsweek reported, theories have been swirling long before Season 3 kicked off earlier this month. One popular fan theory is surrounding The Mouse, which has already been identified by fans. The theories first swirled when a promotional commercial for Season 3 aired months ago. In the video, The Mouse wears Ugg boots, loves the color pink, and has a chihuahua. These are all things that Paris Hilton was known for in the early 2000s.

The Masked Singer judges teased to The Wrap that Group B has more energy than the previous group. Viewers will find tonight’s episode way more entertaining. But some viewers may beg to differ. The White Tiger has been pretty entertaining even if they’re not a professionally trained singer. As TV Shows Ace reported, fans believe that the White Tiger is former New England Patriots tight end Rob Gronkowski.

Judges pick their “fan favorite” out of Group B

According to The Wrap’s exclusive clip for Wednesday night’s episode, judges Ken Jeong, Jenny McCarthy, Nicole Scherzinger, and Robin Thicke are besides themselves over The Kitty. The video shows all four judges standing up and cheering after the contestant performs. Robin tells her that she’s “already a fan favorite” after her epic rendition of Ariana Grande’s “Dangerous Woman.”

A video of Kitty singing the song already went viral on social media. The Masked Singer fans already have a feeling they know who could be behind the mask. Some fans think it’s Ariana Grande because the vocals sounded so similar to the original version. It would be the first time that the show had a Masked Singer perform one of their own songs.

Others believe it’s Liz Gillies from Dynasty fame. She was also Ariana’s co-star on the Nickelodeon show, Victorious. Some fans believe it’s Tori Kelly, who’s a famous singer and songwriter.

What are your thoughts on these fan theories? Sound off below in the comments section.

Check back with TV Shows Ace for the latest news on The Masked Singer.

Tayshia Adams Dishes Reasons Clayton Echard Would Be A Great ‘Bachelor’
‘Below Deck Med’: What Made Lexi Wilson Fire Back At Producers?
Fans Think Whitney Way Thore Got Rid Of Neeshi, What Happened?
Olivia Jade May Be Having A Tough Time In ‘DWTS’ Rehearsal Room
Chase Chrisley Gives Savannah Serious Side Eye, Here’s Why