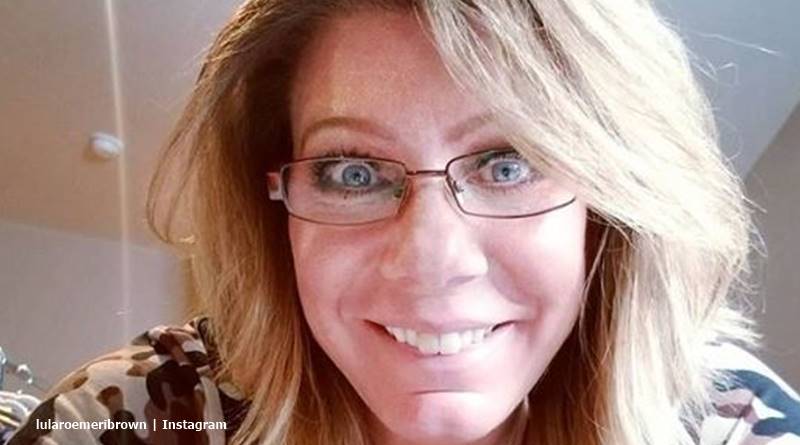 Sister Wives fans grew used to seeing Meri Brown wracked with pain and anguish over her relationship with Kody. But this season, even though they cover some therapy between the two, she seems a little less concerned. The season was filmed a while back, and on her Twitter, she may have just suggested she’s not actually jealous of Kody and the other wives. Perhaps she’s simply gotten over him?

TV Shows Ace reported that possibly Meri feels nothing for Kody these days, but she stays with him because she has to in terms of the covenant in their faith. It’s too high a price to pay to actually leave him. It’s a fairly complex discussion that arose via an insider who talked to Katie Joy on Without A Crystal Ball, YouTube. Our article already explained much of the issue and essentially, it means that if she leaves Kody, she may need to sacrifice her relationship with her own mom and siblings.

The current show focuses on the wives and the huge discussion about whether they should move into the same huge home. Fans saw that Christine’s dead against it. Janelle wants it, and Robyn felt a bit off watching the other wives go out with Kody on a date. We noted that Meri seems pretty much disinterested in their living arrangements. It might be that she’s so independent these days, with her BNB and LuLaroe, that she really doesn’t care how the Sister Wives family chooses their living arrangements.

Meri travels a lot, might not care for Kody anymore, isn’t jealous

Meri and Kody go through therapy and it looks like they won’t rekindle what they ever had before Robyn came along. Does Meri even worry about that anymore? After all, it’s been years since the divorce. It’s obvious that Kody’s terribly negative towards her. On her social media, she chooses to surround herself with uplifting and positive people. She travels so much, that she hardly spends any time at home anyway.

So, when Christine went on about jealousy and not liking to see the other wives with Kody, Meri felt Kody’s reply was inaccurate. Kody speaks about all his wives, noting that they’re all jealous of him. Well, The Sister Wives star, Meri slapped at him for that on Twitter.  She wrote, “I do have to say, I can’t speak for all of us.” She added that he’s wrong saying “all of us.” Meri doesn’t like the inference that she “can’t handle seeing him with another woman.” Meri then said, “he is so wrong and shouldn’t be speaking for me 🤷‍♀️.”

I do have to say, I can't speak for all of us, but when Kody says "all" of us can't handle seeing him with another woman, he is so wrong and shouldn't be speaking for me 🤷‍♀️#SisterWives

Kody’s reply to Meri read, “Okay, sorry that I “generalized” again. It is true that I sometimes accuse them of “all” doing something that usually is one wife only.” Well, Meri seems less than impressed with all the generalizations. In fact, it seems very much that she’s telling the fans that she doesn’t care about Kody. After all, no love, no jealousy.

Okay, sorry that I "generalized" again.
It is true that I sometimes accuse them of "all" doing something that usually is one wife only.#SisterWives https://t.co/LKiIN6vfMp

Does that mean she’s over him and emotionally moved on from the mess? Sound off your thoughts in the comments below.