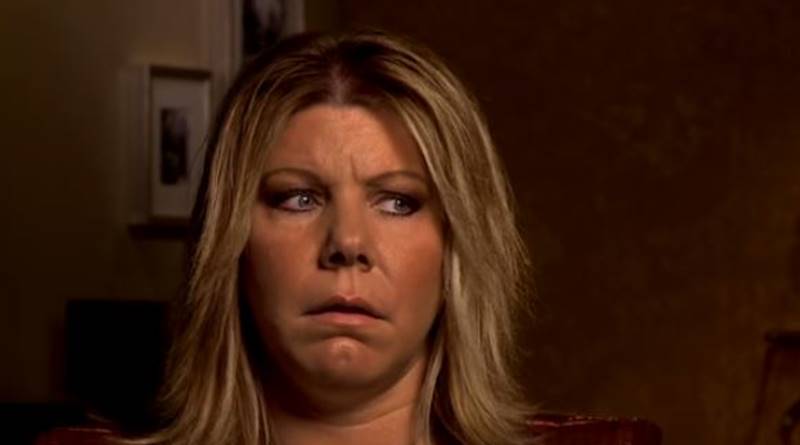 Sister Wives fans know that right since the first season of the show, Meri Brown expressed some dissatisfaction with their multiple marriage. It didn’t take long before Robyn came along, and Kody asked Meri to consider a divorce. While TLC made it look like she had a choice, did she really? Why is she still with Kody after the catfishing, the divorce, and the obvious lack of love between them? After all, Kody said his wives can move on if they want to.

Sister Wives can take down their tent suggests Kody, but Meri probably can’t

TV Shows Ace reminded viewers that Kody started talking about divorce in a recent episode. It came out during the ongoing family discussions about whether they should move into one giant home or not. So far, only Janelle supports the idea. The whole aspect of this topic this season focuses on the wives willingly engaging in the debate. But, as Katie Joy of the Without A Crystal Ball vlog points out, in their reality, none of the wives have any choices in the matter.

Kody blithely said, “We’ve decided we’re a family. But what if you decided we’re not a family anymore?” Then he added, “You’ve got to have an asset you can sell as you move on, we buy you out.” But is that the truth for the family? Is there simply too high a price to pay? TLC, as Katie explains, doesn’t show Sister Wives fans the doctrines behind the Brown family’s faith.  Even if Meri opted to take that invite to go, she probably can’t as there’s just too huge a price to pay.

Katie Joy’s YouTube channel is not just a rehash of reality TV shows. First and foremost, she digs into cults and religions. Looking at Meri still with Kody, and the current season of the show, she reached out to someone close to the Brown family. This person explained some of the background to the faith that TLC never told anyone about. That sent her off in search of various things to read on the intricacies of their particular brand of the Mormon faith.

To cut it short, (and you can get the details in the video embed below), Meri said why she can’t leave in season 1 of Sister Wives. She said she had a “commitment” to the family. Well, it turns out that “commitment” is more than that. It’s actually from a Mormon covenant. Basically, as a wife, the man represents the priesthood. So, she has to obey the “priest.” If she leaves him, he would run into trouble claiming his kudos in heaven and she’ll lose hers. But more than that, so will her family take a knock in paradise.

Katie Joy explains Meri could lose her own family

In their faith, Katie explains that the show lets viewers think the wives take part in decisions. But, in reality, they simply don’t. They have zero choices at all. In their faith, if Meri fell out of favor and he wanted a divorce, she had no option but to give it to him. And, therefore, Katie feels the adoption story’s a load of bs.

Kody preferred Robyn and so he wanted her to have all the advantages of being his wife. Even Meri said in one episode that the divorce is about more than her. Now, it seems like disobeying Kody could have had huge implications on her own family.

Meri leads a fairly independent life these days and fans wonder why she doesn’t just take off. After all, she’s earning good money, isn’t happy with Kodi, and clashes with the other wives. Well, according to what Katie found out if she leaves, she loses her family, not just Kody and her sister wives. And that’s for eternity according to the rules of their faith. In other words, the Meri would end up permanently estranged from her mom and her siblings as well.

That sounds like a huge price to pay for Meri. She’s close to her mom, who’s also devout. Is it worth leaving Kody just to lose the rest of her beloved immediate family? What do you think? Sound off your thoughts in the comments below.

Lifetime’s ‘The Seduction Of Joyce Mitchell’ & ‘Cellmate Secrets’ Tell Story Of New York Prison Break
‘You, Me, And My Ex’: Kayee & Jerry’s Race to Relationship
’90 Day Fiance’ Spoilers: Are Angela And Michael Still Married?
‘Renovation Island’ Resort: How Much Does It Cost To Stay?
‘Deadliest Catch’ Exclusive: Harley Davidson Helps the F/V Cornelia Marie Out Of A Jam