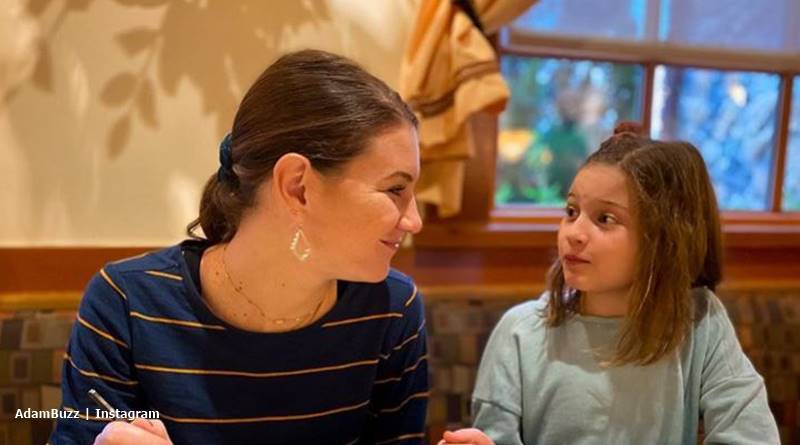 OutDaughtered dad Adam Busby’s busy fending off critics and trolls on his Instagram these days. From a prank with activated charcoal to the clothing his wife wears, an endless stream of people simply can’t seem to mind their own business, it seems. Now, he just hit back at a critic who complained about his what his wife Danielle chooses to wear.

Adam loves and protects his wife Danielle. So, he stepped in and defended her from a clothing critic on his Instagram. They actually instructed her on what she should wear. Around Valentine’s Day, Danielle took to her Instagram and shared a photo of Adam and her. She looked stunning in a fitted emerald green dress. Then, a few days later, he shared a photo of her wearing her everyday clothes.

The picture of Danielle simply showed the OutDaughtered mom her sitting in an office. Adam captioned it with, “Love conference calls in my office with this hottie.” Danielle smiled at the camera, looking neat, tidy, and relaxed.  But a troll decided they had the right to tell Adam what his wife should wear. They wrote, “Please get out of the exercise pants.” So Adam slapped back, saying, “you do realize that she owns a fitness apparel company right…?😂.”

Unrepentant, the troller replied to Adam, noting, “yes I do and I know she works very hard at it and on her body. I just thought she would like to show what she worked so hard for. I did not mean any disrespect.” But other fans felt that the comment was indeed, very disrespectful. As one pointed out, “she’s beautiful and all you can state is she needs to stop wearing workout pants. Why else would you make a statement like that and not mean it to be disrespectful?”

The OutDaughtered dad puts up with so much criticism and trolling, TV Shows Ace reported that it’s almost as though he collected a following of ‘parenting-police.’ But he and Danielle also constantly get other criticism, now extending to what his wife chooses from her wardrobe. Actually, loyal fans find it rather tiresome, so they often stick up for Adam and Danielle. It sometimes gets so ridiculous that InTouch Weekly reported they even got criticized for sharing about a Justine Bieber song recently.

Love conference calls in my office with this hottie. #outdaughtered #itsabuzzworld #yummy

What do you think about the troll simply telling Danielle to “get out of the exercise pants?” Do you think that was uncalled for and disrespectful? Sound off your thoughts in the comments below.