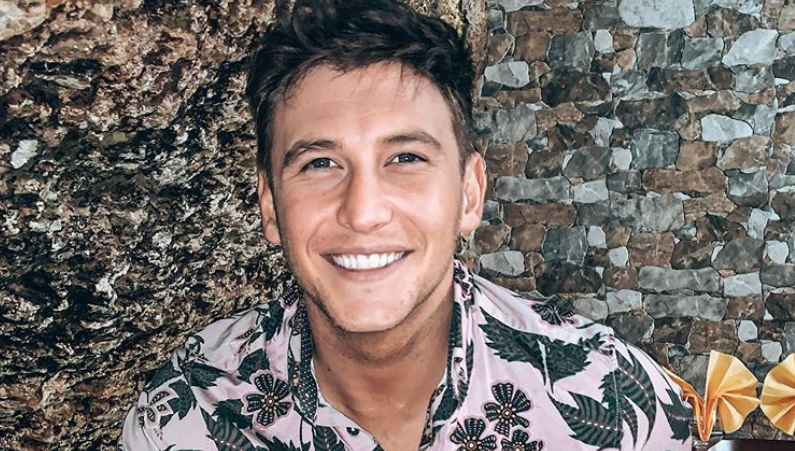 Blake Horstmann of Bachelor in Paradise fame is always game to tell what he thinks about what’s going on with the show. This time he’s pretty mad at a change The Bachelor producers have made to Fantasy Suites. Now Peter Weber has gotten to the final three; Madison Prewett, Hannah Ann Sluss, and Victoria Fuller.

For those who don’t know, Fantasy Suites is when the last three contestants get to spend some intimate time with the lead. This means they can choose to spend the night together without the cameras and producers in their face. Andi Dorfman from The Bachelorette said, “What people likely don’t realize is that the fantasy suites are stretched out over a two-week time-span.” So while the episode is quick, the filming isn’t. There is time between dates and usually the contestants are kept separate.

What Change Is Blake Horstmann Angry About?

Blake Horstmann was angry when he found out the remaining contestants were going to have to live together. He thinks this is directly constructed to break Madison Prewett. Blake was upset about it and tweeted, “this show has done some evil things to contestants. But for them to all be living together during Fantasy Suites is so messed up.” Blake had also expressed his displeasure when they had Chase Rice on. He said it was not right knowing he was Victoria’s ex-boyfriend. He thinks they did this because Madison is a self-declared virgin saving herself for marriage. It will be awkward for her to be in the house with the other girls wondering if he is sleeping with them.

Horstmann said the producers clearly want Madison to find out if he sleeps with the other girls. According to The Cheat Sheet he thinks it is solely because Madi is a virgin. Blake thinks they are doing it just to break her. The producers clearly are looking to amp up the drama by putting them all in the same house. In a preview for the new episode Hannah Ann and Victoria don’t seem too thrilled about it either. Victoria says it is really awkward. This season has already been full of so much drama from fighting to ex-boyfriends and girlfriends.

How Will Madison Prewett Handle It?

Blake Horstmann isn’t the only one mad about the change. Fans know how hard it is going to be for Madison who stopped Peter after the rose ceremony in the last episode. The preview shows the scene unraveling. Hannah Ann’s voice-over says, “I haven’t seen Madison like this before.” Victoria Fuller has some less than nice things to say when she finds out Madison gave Peter an ultimatum. Madison can be seen saying, “if he sleeps with someone else it will be hard for her to move forward.”

In a different preview he tells her he was intimate with someone else. Fans will have to wait, but a lot of them are pulling for Madison. Things are definitely going to get a lot more emotional moving forward.