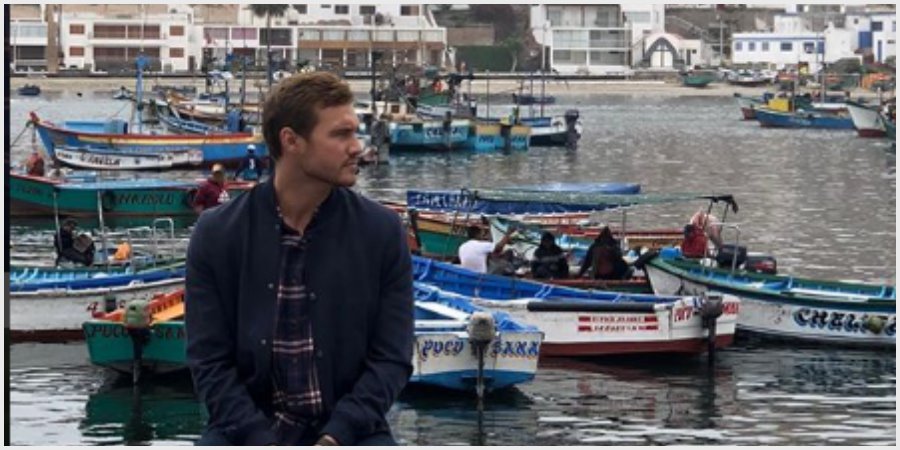 When Peter Weber was on The Viall Files he admitted he’s done some crazy things for love. When talking to Nick Viall, Peter said he loved love. He’s never been shy about wanting to find someone who also loved being in love and was ready to be his forever.

The Bachelor lead said, “It’s the greatest feeling in the world I feel like anyone can feel. But when it doesn’t work out, it’s one of the most miserable feelings of having to get over.” Peter came in third on Hannah Brown’s season after telling her he was falling in love with her.

What Crazy Thing Did Peter Weber Do For Love

Fans have watched Peter Weber fall in love and deal with a breakup. He has admitted that he fell hard for Hannah Brown. Her showing up at the beginning of his season really threw him.

In 2014, Peter was all in with a girl he’d only been with for fifteen days. He said he was sure in that short time they were going to get married. Back then it seems he was just as likely to fall hard for someone.

One night they were trying to figure out what to do. They decided to go and get tattoos. Peter had never had one and the girl had just one other one. They both got tattoos of the date he’d asked her out. They got the tattoos on thier hips. He said they broke up and didnt get it removed. Then they got back together.

But The Tattoo Story Didn’t End There

After they got back together, Peter Weber said they were glad they didn’t get it removed. They broke up a second time and she got hers covered up.

Peter went for laser removal but the first session was too much. He said it hurt so bad. They got back together again and broke up a final time. He ended up with seven more sessions of laser removal. Peter mentioned he needed to listen to The Love Guru podcast to get over it according to The Cheat Sheet.

He said the two still live near each other and see each other from time to time. They are cordial when they see each other. Peter Weber said he wouldn’t ever get another matching tattoo with someone. Then he thought about it and said maybe he would with his wife.