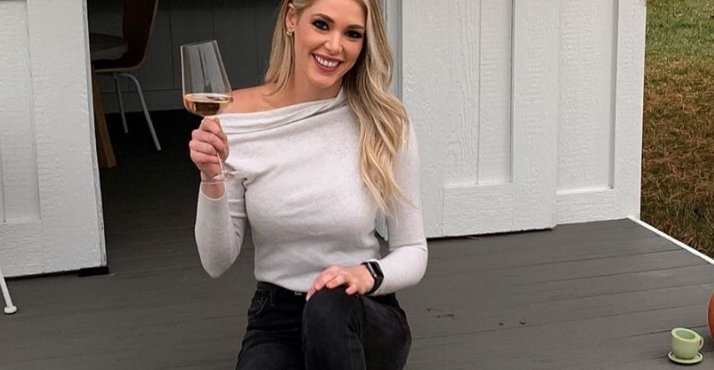 The Bachelor is coming to an end which means fans have already started guessing who the next Bachelorette will be. To some, they think that Kelsey Weier will be selected as the front runner.

Kelsey Weier on ‘The Bachelor’

Kelsey didn’t really have a great start to her time with Peter. Let’s never forget Champagne Gate. You know…when Kelsey got really mad at Hannah Ann for “stealing” her bottle of champagne. Many didn’t think that Kelsey would ever make it past that. However, she ended up making it all the way to hometowns.

According to Showbiz CheatSheet, Peter says he kept her around because of their unique relationship development.

“With Kelsey, it was such a unique development of our relationship,” Peter said. “We hit on the emotional part right off the bat on that first date almost. We had fun, but it wasn’t like the normal progression of a relationship where you guys flirt, and it’s all cute, and it’s a light-hearted, good time.”

After hometowns, Peter sends Kelsey home because he says she deserves someone to love him as much as he loves her.

Fans have been made to believe now that Kelsey will be The Bachelorette. Some say that this is because of her similarity to Hannah Brown. Now, if you’re a Hannah Brown fan and not a Kelsey fan, this can be a little offensive. However, the fan who brought it up did have a good point.

“She wears her heart on her sleeve and is willing to be openly very emotional on camera. She would be an entertaining lead because of this, similar to Hannah,” they said of the potential next Bachelorette.

“My first instinct is ‘h**l nah’ but now thinking she could show a whole different side — a la Hannah B when everyone freaked (rightfully so at the time) when she was announced as ‘ette,” another one said.

Other fans have said that Kelsey’s age makes her a pretty big selling point for the show. Kelsey is 28. Hannah Brown is only 25 currently. Kelsey has probably matured more in those three years. Not to mention, people have been asking for older leads. 28 is by no means old, but she is probably more prepared to settle down than a 22-year-old.

Who do you want to see as The Bachelorette? Let us know what you think in the comments. Be sure to watch Peter Weber’s season of The Bachelor every Monday night on ABC.