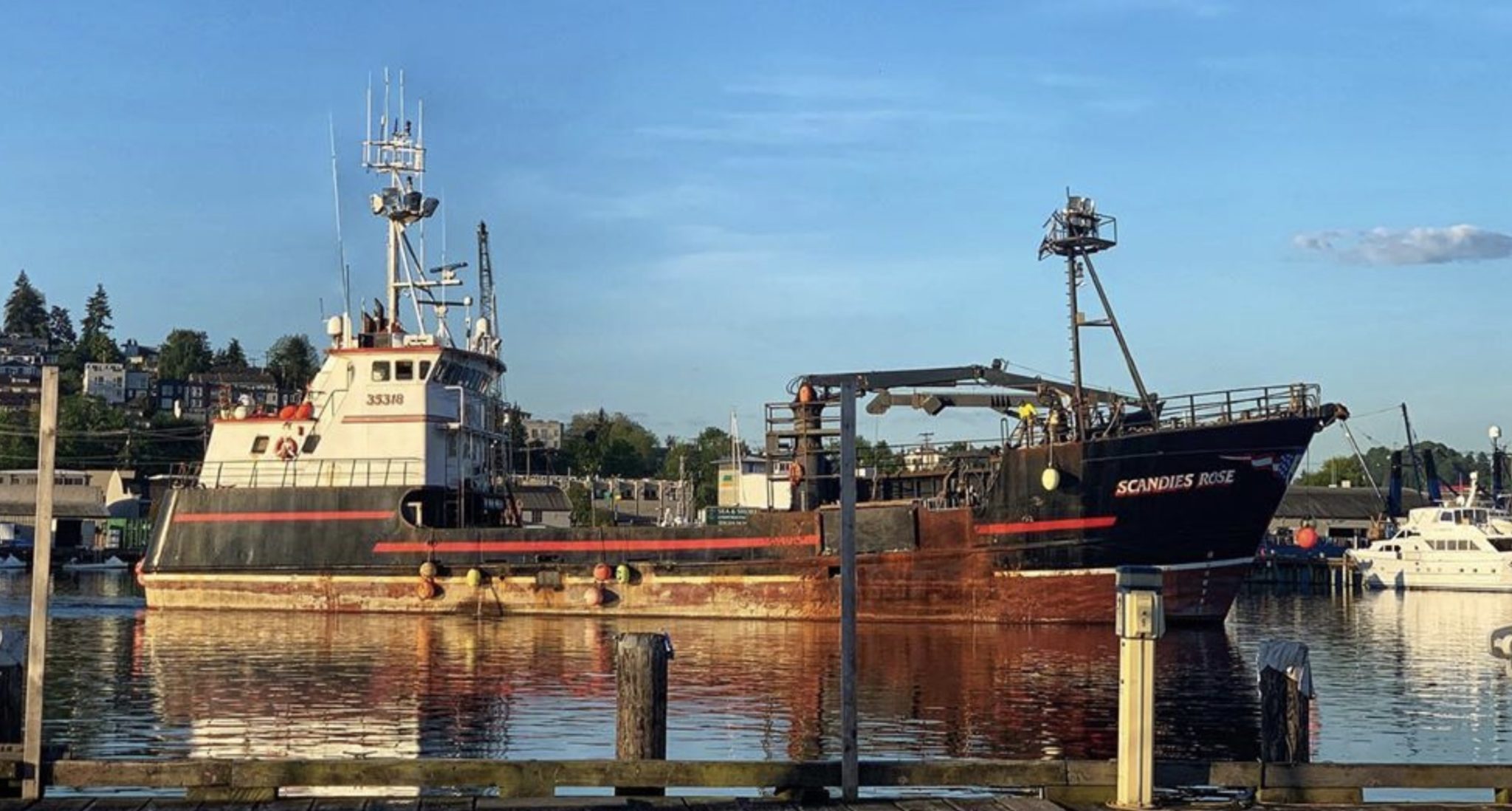 The latest news from the F/V Scandies Rose tragedy is that a former Deadliest Catch star is one of the two survivors. In addition, the U.S. Coast Guard had announced the names of the two crew who survived and the five that were not rescued. Here is the latest news that we know now.

On Wednesday, TV Shows Ace  reported that the F/V Scandies Rose sank on Tuesday evening, around 10 p.m., Alaska Standard Time. This is when they sent out a distress signal. The 130-foot crab boat was about 170 miles southwest of Kodiak Island, and the U.S. Coast Guard sent out numerous crews to find the wreckage and the seven crew members. Around 2:00 a.m., the search crews found two rafts, but no boat wreckage. In one raft, there were two crew members, but the other remained eerily empty.

The two crew members that survived are Dean Gribble, Jr. and John Lawler. If Gribble’s name sounds familiar, it is because he appeared on the Deadliest Catch Season 13. He worked for Captain Jake Anderson, on the F/V Saga crew.

The two survivors managed to get into survival suits, when, according the the Seattle Times, Gribble told his father that they were “knocked off” the boat by a huge wave. They managed to get themselves to one of two rafts. The F/V Scandies Rose automatically released the two rafts, as it began to sink.

Although both men were treated for some hypothermia on Kodiak Island, Gribble was safely back home in Washington just a couple of days after this tragedy. But what about the other five crew members?

Who Are The Five Crew Members That Did Not Survive?

Although Gribble and Lawler managed to get into life suits and hang on to a life raft long enough for the U.S., Coast Guard helicopter to rescue them, the remaining five crew members were not so lucky. Gribble doubted that the rest of the crew even got into the all important survival suits.

What are the names of the five crab fishermen that did not survive? They include Captain Gary Cobban Jr., who has been mentioned in a tweet asking for prayers, by Deadliest Catch star Captain Johnathan Hillstrand. In addition, Captain Gary’s son David Cobban was not found, nor was Brock Rainey, Arthur Ganacias and Seth Rousseau-Gano.

As TV Shows Ace had previously reported, despite a valiant effort by the U.S. Coast Guard, in extreme conditions, the search and rescue was called off Wednesday evening. Now, they are trying to determine what caused such a catastrophic event.