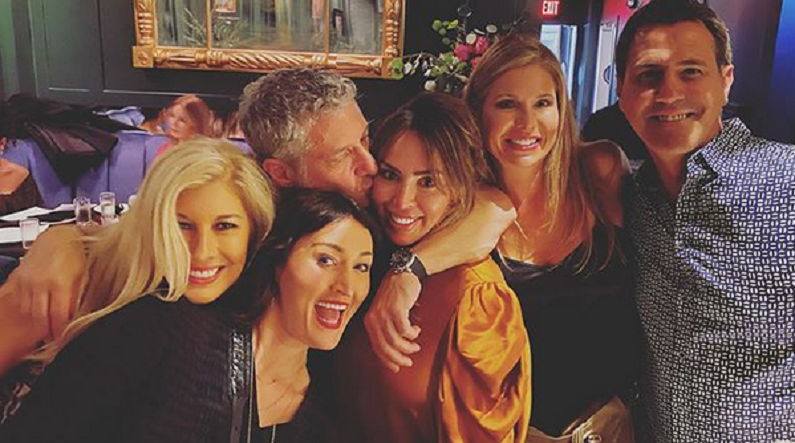 Kelly Dodd confirmed her return to Season 15 of The Real Housewives of Orange County. This comes after Vicki Gunvalson and Tamra Judge left the show. They both decided not to return to the franchise after they were demoted to friends of the housewives.

The entire cast has been wondering whose contracts will get renewed and who will leave the franchise forever. Fans will be happy to know that Kelly Dodd will be returning to the new season. But who is else is returning? Read on to learn more.

As HollywoodLife.com reported, Kelly posted an aerial shot to her Instagram Story that showed her with some of the RHOC crew on Wednesday, Feb. 12. She wasn’t alone though. Braunwyn Windham-Burke was also filming with her. In the comments section, Braunwyn’s mother, Dr. Deb, revealed what’s to come in the new season.

“What will this new season bring?” she asked Kelly Dodd.

“You my love,” she responded.

Others were happy to hear that Braunwyn’s mother would return for another season. RHOC has experienced one of its biggest shakeups in the history of the Real Housewives franchise. Vicki Gunvalson and her friend Tamra Judge left the show just shy of 24 hours within one another back in January. Kelly was excited over this news since she was in the middle of drama with them and Shannon Beador in the last season.

She was hit with crazy accusations, including the cruel train rumor. Vicki was the first to announce her exit on Instagram on Jan. 24. In the lengthy post, she teased her upcoming ventures, including her new podcast. Tamra followed Vicki’s suit on Jan. 25. She left a short message for her fans alongside a photo of herself and her husband, Eddie Judge.

Kelly Dodd and Braunwyn aren’t the only housewives who are returning. Gina also confirmed that she’s returning for more RHOC madness. As HollywoodLife.com reported, Gina shared a selfie from the set with the caption: “Here we go again!!! #rhoc #crazybeautifullife.” In the photo, you can see the camera crew and photo equipment in the background.

This is Gina’s third time as a full-time housewife. Throughout her time on the show, Gina opened up about her ugly divorce and her struggles with being a single mom. Fans were happy to learn of Gina’s return. Most of them took to the comments section to exclaim their excitement:

It also appears that Gina’s friend, Emily Simpson, will return to Season 15 as well. She’s just not filming with the ladies. Instead, she traveled to Philadelphia with RHOC alum Lizzie Rosvek. The two were recently on QVC together.

It’s not clear if the Bravo cameras were with them, but it’s likely. The RHOC cameras followed Shannon Beador when she debuted her healthy food on the shopping channel. As for Shannon, the jury is still out on her return.

Are you happy to see Kelly Dodd returning to RHOC? Who are you excited to see? Sound off below in the comments section.