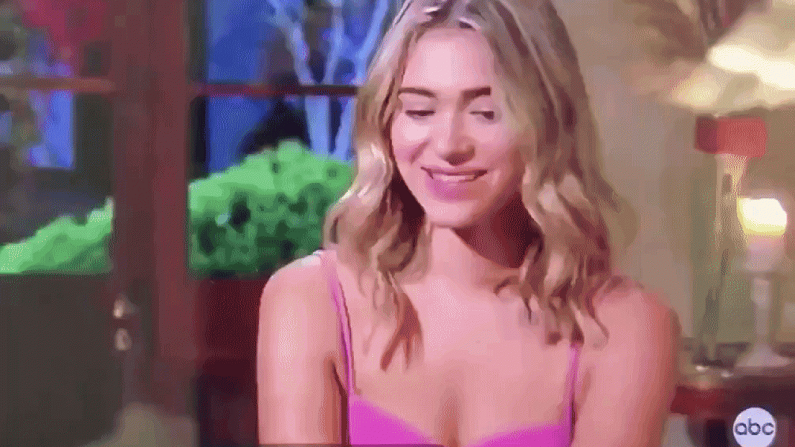 The Bachelor 2020 has received backlash for many reasons. The latest backlash is over the casting and the ages of the contestants. Fans are fed up with the “mean girls” taking over the show, as reported by TV Shows Ace. They feel like this season is more focused on the drama than Peter Weber finding his true love.

Bachelor fans also feel that most of the girls are too young to be on the show. One notable contestant is 22-year-old Mykenna Dorn, who became a viral sensation for her strange facial expressions. She was also known for pouting and crying every time she tried to get to know Peter better. An ABC executive has spoken out about the backlash and whether he feels that age is a problem.

Bachelor Nation is turned off by the contestants on The Bachelor

The Bachelor doesn’t come without its share of drama. There’s always a villain or two lurking in the midst. But this season seems to be the worst when it comes to villains and drama. As Showbiz CheatSheet reported, it all started when contestants accused Alayah Benavidez for coming off as fake. Victoria Paul revealed that Alayah told her to lie to producers about them knowing each other before the show. Then, Tammy Ly lashed out at both Kelsey Weier and Mykenna Dorn.

Fans are tired of the drama this season. The show just premiered last month and now they’re exhausted. Some of them feel like they’re watching Mean Girls starring Lindsay Lohan. Even Bachelor Nation alumni have spoken out about the drama. They don’t like how the contestants are treating each other this season.

Is age really a problem?

Peter is a 28-year-old man who’s looking for the love of his life. However, some of the contestants are really young. Fans would say that they’re too young for Peter. It shows through their emotional immaturity. Peter’s two favorites, Hannah Ann Sluss and Madison Prewett, are 23 years old. Hannah Ann revealed that she’s never been in love before, while Madison hasn’t told Peter that she’s still a virgin.

However, they weren’t the youngest ladies to be on the show. Mykenna was only 22, as previously stated. She got the most backlash for being too young and immature. Even Kelley Flanagan was concerned over the ages of the contestants. She didn’t understand how Peter was interested in both her and Hannah Ann when she feels like she’s in a different place in her life.

ABC’s Senior Vice President, Robert Mills, spoke to Entertainment Tonight about the backlash over Season 28 of The Bachelor. He addressed the backlash over this season’s contestants. He also said that he would consider “aging up” some of the contestants in future seasons.

“I don’t think you ever say you’d do anything differently, but I think it’s that we need to look at things going forward,” said Mills. “You see a lot of people talking about the age of contestants, I think that’s something we’d probably look at and say, ‘Does it need to be aged up? Are these girls ready?”

Mills is seriously considering whether to review the ages of contestants before they appear on this series. But he still feels positive about the show’s premise – to find true love. He exclaimed that it’s happened in the past despite the age gaps that persist. Past contestants were as young as 21 even if the Bachelor himself was in his 30s. But, Mills wants to make sure that contestants are ready to find love at such a young age.

According to Bachelor Nation’s eligibility requirements, all contestants must be 21 years of age and older. But, what are your thoughts? Do you think the age requirements should be reconsidered? Sound off below in the comments section.

‘Bringing Up Bates’ Season 10 Finale Details Revealed: When Does It Air?
‘Renovation Island’ Resort from HGTV: How Do You Visit?
‘Too Hot To Handle’ & ‘Love Island’ Premieres Will Battle For Views
RHOC’s Kelly Dodd Tells RHOBH’s Erika Jayne: ‘Act In Good Faith’
Adam Busby Shares Photo As He Takes The Top Off