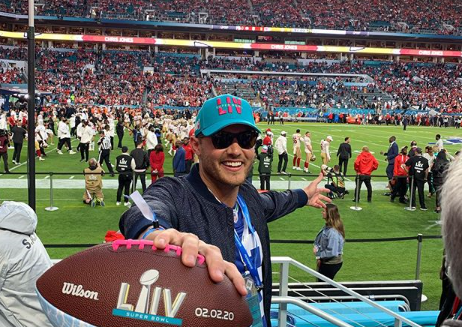 A new Reddit rumor has been posted that shared what life may be like for the winner and Peter Weber after The Bachelor. The mods confirmed that the source was a friend of a producer. The winner is still a mystery to a lot of people’s chagrin.

The new spoiler says things between Peter and his lady love of choice are rocky. If that’s the case, people think it’s possibly Madison Prewett who won in the end. A lot of fans think she may take herself out of the running since she is saving herself for marriage.

Why Do Fans Think Peter Weber May End Up With Madison?

One fan theory among the many that have Peter Weber ending up with a producer or getting one of the girls pregnant is focused on Madison. Specifically, from the new trailer that shows she hasn’t told Peter she is saving herself for marriage. In the trailer, she also says if he sleeps with someone else, she might not be able to move forward.

The trailer also shows it is possible he sleeps with someone before they make it to fantasy suites. If she does take herself out, some fans think Peter might go and try to win her back. It would stand to reason if that’s the case, then their relationship could be on the rocks with her now watching how he interacted with the other girls.

How Did Hometowns Go For Madison And Peter?

Hometowns coming up will see Peter Weber traveling to the homes of Madison, Hannah Ann Sluss, Kelsey Weier, and Victoria Fuller. A new trailer shows there is plenty of drama with all the girls crying and an apparent fight with Victoria.  There’s a spoiler that says hometowns weren’t that great for Peter when he met Madison’s family. The source said, “during hometowns, Madison’s family didn’t really like him that much, especially her dad. Peter has said in interviews that hometowns really messed with his head so he was always changing his mind.

According to Cosmo the spoilers also say the big dramatic ending fans keep seeing previews of isn’t actually that shocking. The source actually said it was unique but boring. That’s a disappointment to those who’ve been so hyped up by the impending drama. Fans will have to wait to see if Peter Weber does sleep with someone before fantasy suites and if Madison continues after that happens.

‘General Hospital’ Spoilers, June 11-14, 2021: The Race To Save Chase
‘The Young And The Restless’ Spoilers, June 11-14: Summer Needs To Watch Her Back
Wait, Why Isn’t A New Episode Of ‘Seeking Sister Wife’ On?!
‘Edens Zero’ Season 1 Netflix Release Date: What To Expect
Ashley Snowden Says People Are Cruel, Lack Critical Thinking Skills