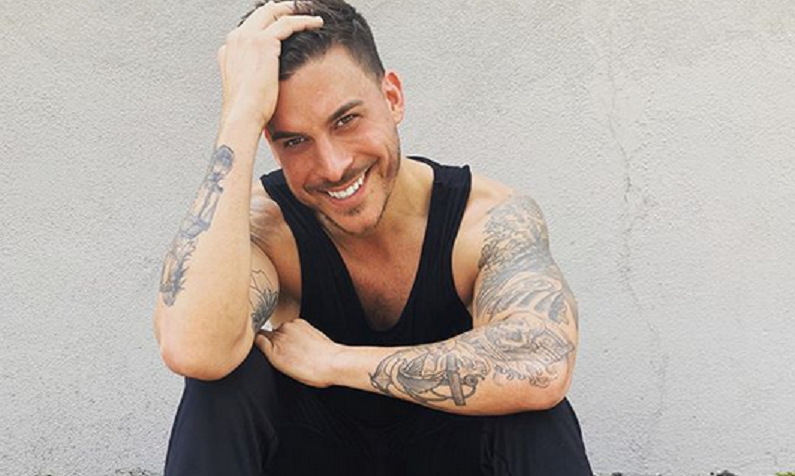 Jax Taylor and Brittany Cartwright are celebrating wedding bliss on Vanderpump Rules Season 8. The new season is about their wedding. The cast filmed this season several months ago. Jax and Brittany exchanged their vows in July 2019.

An entire season dedicated to their wedding has bored fans. As TV Shows Ace reported, VPR fans wondered where the heck James Kennedy has been hiding lately. They feel there’s too much focus on Brittany and Jax, Stassi’s drama with Sandoval, and the new cast members. Jax Taylor is trying to rehabilitate his image of “resident villain” by getting married. But it doesn’t look like his marriage is working as planned.

On the new season of Vanderpump Rules, he keeps saying that he’s almost a married man. This has given Jax the authority to give his other cast members relationship advice. While Brittany and Jax are in the honeymoon phase, the couple is already having marriage trouble. It’s been rumored that the couple is separated.

As Radar Online reported, Jax Taylor is not the changed man he claims to be. The couple has reportedly hit a rough patch. He’s been spotted without his wedding ring on several occasions since they got married.

I hope everyone has a great week! ✝️💟

Jax claims that he forgets to put his wedding ring back on after he leaves the gym. But he was ringless when he went to the dry cleaner’s in Los Angeles. He was also without his wedding ring when he ran errands that same day. Sources told the outlet that the couple is “unhappy” and “cannot get along.”

Brittany and Jax’s wedded bliss is over

The couple has been arguing a lot lately. Brittany though that marriage was going to solve their problems. Insiders claim that she still doesn’t trust him. She’s worried that he could step out on her again. Brittany wanted her fairy tale wedding to play out on TV. But she didn’t end up with the happy marriage that she was hoping to get.

“Brittany wanted to have this magical and over-the-top wedding so that she could have a dream wedding that could play out on TV,” the source said. “And although it was everything that she ever wanted and more, the magic didn’t last long at all.”

Prior to their engagement, Jax cheated on Brittany. It’s clear that she’s still not over. Even relationship counseling didn’t help the couple. She still has a hard time trusting him.

“Brittany is already accusing Jax of having a wandering eye and she doesn’t know how she is ever really going to trust him,” the insider said. “She thought that getting married would make all of her suspicions go away, but it hasn’t.”

Movie night with my girls. 💟

In the meantime, Jax is concerned about Brittany’s shopping addiction. The couple argues over how much money she spends. Now that they’ve gotten married, they share each other’s finances and it’s caused issues. Brittany loves to go shopping, especially when she’s upset.

However, Jax’s rep denies the rumors. The rep says that the reality star visits the gym “several times a week” and doesn’t workout with his wedding ring, like most people do. The couple is doing well and are happy with their new home.

What are your thoughts on Jax Taylor and Brittany Cartwright? Do you believe the rumors? Sound off below in the comments section.

Check back with TV Shows Ace for the latest news on the cast of Vanderpump Rules.