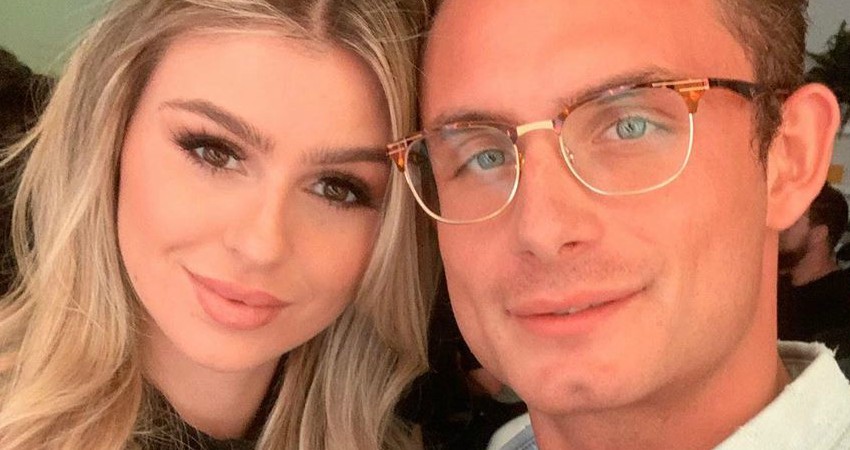 Vanderpump Rules’ eighth season is five episodes in and James Kennedy only appeared briefly in one episode. The DJ was seen in the studio with on-again friend, Lala Kent.

Meanwhile, viewers are getting a play-by-play of newbie Max Boyens acting like a Season 1 Jax Taylor. The TomTom manager is hooking up with fellow new cast member Dayna Kathan while friendzoning former hook-up Scheana Shay. Oh, and he dated, then ghosted another SURver no one in the audience knows or cares about.

The other storyline that’s eating the show is the feud between VPR‘s Stassi Schroeder, Katie Maloney-Schwartz and Kristen Doute. While fans are mildly invested in the friendship drama, they have a more pressing concern.

Where the Eff is James Kennedy

After another James-less VPR episode, outraged fans took to social media to vent. The displeasure is leaking to other cast members’ social media content. A few days ago, a fan commented on one of Lala’s epic engagement photos. Rather than congratulate the SUR hostess on her upcoming nuptials, the fan had one question:

When will James Kennedy be back on the show?

Lala informed the fan that James would be on this week’s episode. Alas, she was wrong. Vanderpump Rules’ favorite British DJ did not appear. Instead, fans were “treated” to Jax, Tom Sandoval and Tom Schwartz dressing as old men to crash Brittany’s bachelorette party. The party was held, of course, at a strip club.

It makes sense that James was nowhere to be found, considering he wasn’t invited to the Miami festivities or the wedding. However, Bravo sure left enough cameras behind at SUR to document the Dayna and Max drama.

Check out these two fan tweets about missing James on Vanderpump Rules.

Raquel Leviss is Supposed to Work at SUR

Fans also point out that Lisa Vanderpump hired James’s girlfriend, Raquel Leviss, to work at SUR this season. While fans are less vocal in asking for Raquel, they do find her absence strange, too.

We know that the two grace our screens eventually. In the VPR Season 8 trailer, they are shown screaming at each other, with Raquel threatening to break up with him. Spoiler: they are still together.

James Definitely Has a Story Coming on Vanderpump Rules

It’s guaranteed that James will appear on next week’s Vanderpump Rules episode. Max mentioned to Lisa Vanderpump that he hired James to DJ during the Pride parade. As fans know, James was fired from his job as DJ at SUR due to his behavior caused by his drinking.

TV Shows Ace reports that James was five months sober in November. Fans can expect to see what made him decide to get sober later this season.

Let us know in the comments if you miss James and look forward to his return.