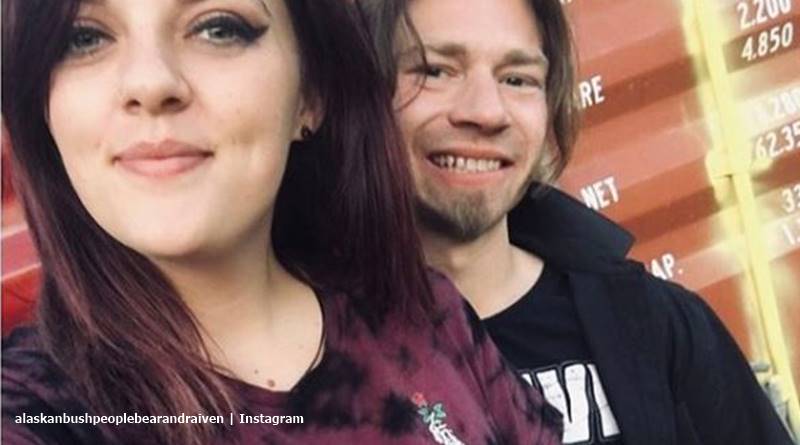 Alaskan Bush People fans heard about many breakups and makeups between pregnant Raiven Adams and Bear Brown last year. Now, things appear to have taken a turn for the worse. Reportedly, Raiven filed for a temporary domestic violence restraining order against Bear.

Alaskan Bush People – a history of conflict between Bear and Raiven

Raiven and Bear had a conflicting relationship. Initially, they got together after Bear’s brother’s wedding. Recall, her mom took the photographs. TV Shows Ace reported Raiven and Bear Brown became engaged. But a few weeks later, they broke up. Then, in early October the couple came back via Instagram to announce they’d try and make things work. So they picked up their engagement again.

However, they then broke up for a second time. Nevertheless, Bear seemed confident they could still co-parent their child when it arrives. It seemed that Raiven experienced some issues with living in the spotlight as celebrity. For a while, she went off her Instagram. But, news came via Bear that they made up again. The complicated relationship seems to have taken a bad turn for the worse, however. The Sun now reported that Raiven took a domestic violence order out against the Alaskan Bush People star.

According to the outlet, the domestic violence restraining order’s temporary until at least February 27. Then, she’ll find out if the courts approve a more permanent protection order. Now 30 weeks pregnant with his child, things sound grim. Additionally, never too keen on social media, Raiven closed her Instagram account. But The Ashley’s Reality Roundup checked out her Facebook. There they discovered posts about “narcissism.”

Raiven also posted about her unborn child, “I promise I will fight and protect you until my last breath…You are my biggest blessing and I’ll never be the same because of you sweet boy.'” Apparently, Bear’s not responding to requests for more information. And, it seems he’s not saying much at all to anyone. The order was filed on Monday this week. But, no official statement came out from any of the Alaskan Bush People stars.

What is your guess?

A post shared by Bear&Raiven (@alaskanbushpeoplebearandraiven) on Oct 11, 2019 at 2:29am PDT

Initially excited to be parents

Back in September last year, Raiven posted, “We are excited to co-parents as friends, and do our best to be the best we can be.” However, sadly, it looks like the possibilities of co-parenting might now go out the window. Both of them said from the beginning that co-parenting’s in the cards. However, with a restraining and protective order in place, it’s hard to see how that could happen.

What do you think about these developments between pregnant Raiven and her baby daddy, Bear Brown? Sound off your thoughts in the comments below.

Remember to check back with TV Shows Ace often for more news about the cast of Discovery’s Alaskan Bush People.