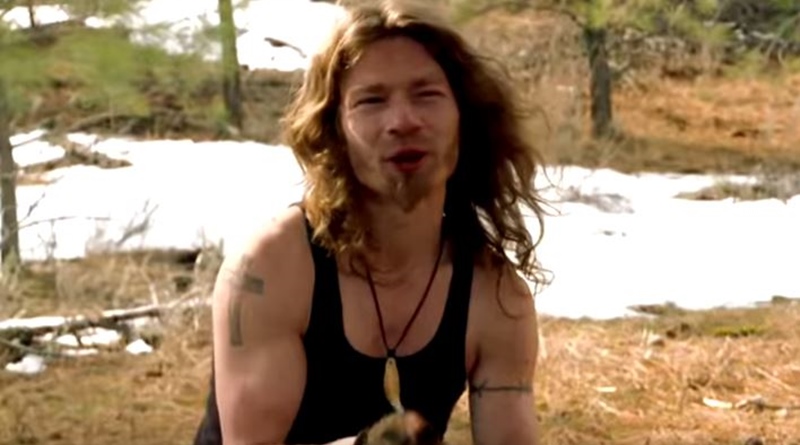 The relationship between Bear and Raiven seems very much like a yo-yo. One moment, they seem happy as anything, and the next, we hear they broke off their engagement. This past week, both of them got so excited about their baby scan at 15 weeks that even Raven broke her silence on IG. We reported that Raiven posted in her IG, “We are officially 15 weeks and two days! Our baby is already stubborn 😂 crossed legs, and the umbilical cord made it impossible for us to find out if it’s a boy or girl.”

But, now we hear they broke off their engagement again. The last time this happened, they got back together and we wrote about it on October 1. We noted in our article that Bear said “Hey everybody out there, I wanted to let you all know that Raiven and I decided to give it another shot. After having been separated for a little bit, we found we still had feelings for each other. So we’re going to give it another try.”

Second engagement break up on November 6

Early morning on November 6, Bear returned to his Instagram with yet another engagement break up. This time he shared, “Hey everybody! I have some news I’d like to share! Once again Raiven and I have decided that we are better as friends! So we’ve gone our separate ways!” Once more, Bear noted that they intend to co-parent their child when it arrives.” Actually, he mentions they broke up a few weeks ago. So, that means the Alaskan Bush People couple’s last effort at re-engaging only lasted a matter of days.

Bear used the familiar words we heard more than once now, about their relationship. He added, “Raiven had been getting a lot of people sending her stuff so I thought it was better to wait the week or so before I posted about it! Please don’t tag Raiven in my posts, it’s been hard enough on her without the added stress!” Talking about dating, he said, “If Raiven or I decide to date anyone in the future! We will both be okay with it! We just want everybody to be happy! I won’t be dating anyone else for sometime! I still have feelings for Raiven! I respectfully ask everybody to please give her some space and peace of mind!”

Raiven seems to hate the idea of the Discovery fame

It seems that Raiven gets on okay with Bear, but the same message comes through with all these engagements and breakups. She simply can’t seem to cope with strangers and fans of the show on her social media. Well, Bears’s not likely to leave the show, so maybe she just opted for friendship as he’s a celebrity in his own way.

What do you think about these multiple engagements and then breakups? Do you think there’s any likelihood they’ll ever marry each other? Sound off your thoughts in the comments below.

Viewers Are Here For ‘Thicc B*tch’ Corey Of ‘Too Large’
Netflix’s ‘LA’s Finest’ Season 3: Renewed Or Canceled?
‘General Hospital’ Spoilers, June 11-14, 2021: The Race To Save Chase
Anna Duggar Shares Ironic Message With Inmates
Lawson Bates Meets This Little One For The First Time