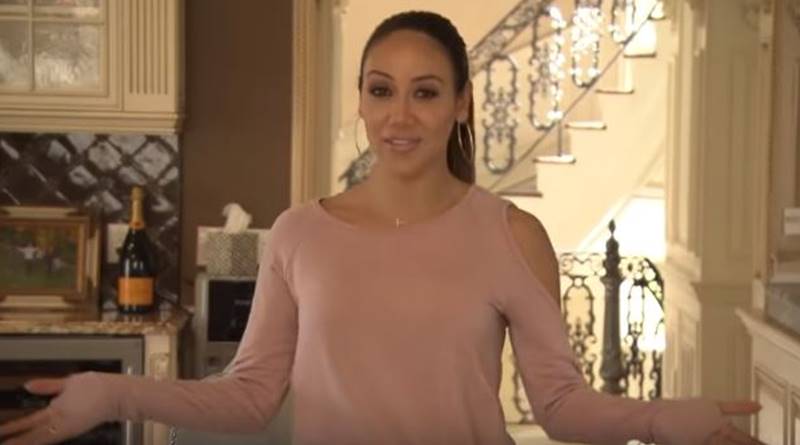 RHONJ fans know that Melissa Gorga really likes Anthony Delorenzo as a romantic partner for her sister-in-law, Teresa Giudice. In fact, she never liked Joe. She wasn’t crazy about him. Certainly, she doesn’t sound at all sad that Teresa and Joe separated. In fact. her husband, Teresa’s brother, Joe Gorga unfollowed Joe Giudice on Instagram.

TV Shows Ace reported that Melissa’s preference for someone in Teresa ‘s life would be Anthony Delorenzo. As she points out, Teresa and Anthony knew each other in high school. Actually, Teresa lives across the road from him. And, he’s a really nice guy. Joe Gorga’s a friend of his as well. But, Teresa denied they’re dating. It looks like she just hangs with him as basically, she and Joe Giudice no longer have a married relationship.

Melissa and Joe spoke on Jonathan Cheban’s Foodgod podcast and Joe Giudice got mentioned. It turns out that Joe Giudice has never been a favorite of Melissa. She said, “I’m really not close to him. I never was and I’m not gonna deny it.” Plus, she noted that she never really blown away by him, describing him as not the “greatest.” Well, fans of RHONJ might wonder if by some miracle Joe ever gets back to the USA, how she’ll face him in person after that. But, for now, Joe’s far away.

In the podcast, it came out that Joe Gorga unfollowed Joe Giudice as he thinks Joe’s “crazy on Instagram.” It actually looks like Melissa’s totally happy that Teresa and Joe split. And, bear in mind, that Melissa hinted in the past that she’d rather see Anthony Delorenzo and Teresa together. Melissa noted, “It’s time to make new lives. I think they’ve both accepted it.”

RHONJ fans already know that Joe and Teresa separated but never yet announced a divorce because of the kids. The Real Housewives of New Jersey stars can’t live together as Joe’s in Italy awaiting a final appeal for his deportation order. Teresa won’t go and live in Italy, so it’s a stalemate. Melissa Gorga added, “Sometimes it just doesn’t work out and it’s not working out because they live in two different countries at this point, so it is what it is.”

What do you think about Melissa confessing she never liked Joe Giudice and hopes for Teresa and Anthony to enjoy a romance? Sound off your thoughts in the comments below.

Erika Jayne Just Got Dumped By Her Lawyers — Here’s Why
‘Days Of Our Lives’ Two Week Ahead Spoilers: Xander Goes Too Far With Dr. Synder – Sets Up Another Salem WhoDunnit
My 600-LB Life Star Melissa Morris: Weight-loss Update 2021
Is That Ava Or Olivia Busby’s Squishy Face? Fans Still Have No Idea
California Senator Thinks Erika Jayne & Thomas Girardi Are Embarrassing