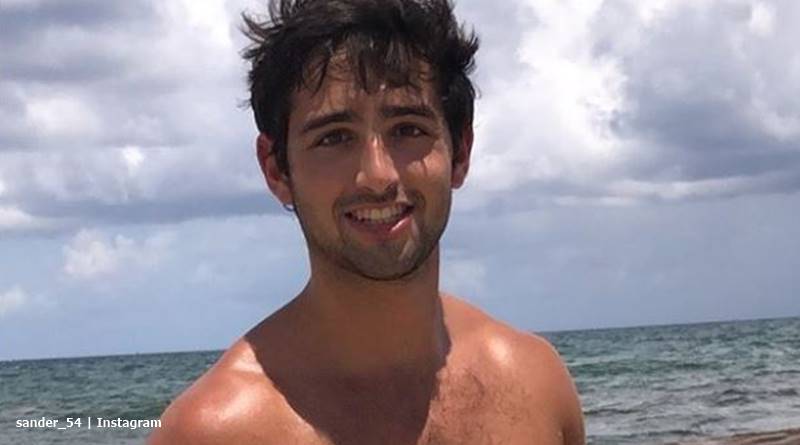 I Am Jazz, on Tuesday’s episode, brought Jazz setting up a blind date for her brother Sander. In the show, we saw that Jazz made it clear to Ahmir that she just liked him as a friend, and she went off to try and make it work with Victoria.

Recall in the previous season, the two had a bit of a fling and they seemed to have a lot of chemistry. Now, Sander went along with Jazz and she arranged a blind date for him. Sander said she’s cute, so did he start dating her?

On social media, plenty of fans wondered if Sander finally got a girlfriend. He’s extremely popular with fans, who follow him on Instagram. TV Shows Ace reported that Sander gets loads of praise for being a thoughtful and supportive brother to Jazz.  In fact, Cheatsheet even noted that before her third bottom surgery, he even took her to the S*x Museum, something most brothers might find a bit embarrassing.

But more interesting to many fans than the visit to the museum focused on whether he just did that one-off blind date, or dated again, as in a girlfriend relationship. But, despite his blind date with Jazz and Victoria, fans noted that he still kept his profile as single. The handsome young man is a bit of a tease though, and he shared a post on Instagram this weekend. In fact, the I Am Jazz star started off by saying that he does have a “girlfriend.”

.@JazzJennings__ sees Victoria again on Tuesday's #IAmJazz, but will the sparks still fly after so much time?

Tune in tomorrow at 10/9c! pic.twitter.com/AiKl2C2nSv

‘I have a girlfriend,’ says Sander Jennings

On Saturday, Sander posted up a short video of him embracing a beautiful woman. he captioned it with, “Big News… I have a Girlfriend!” But, he only joked. Sander quickly explained that he just celebrated “the first anniversary of the short film called Fidelity.” He acted in the film and added, “the closest I have come to ‘Love’ (acting) in a long time.” Sander asked fans to let him know what they think, before thanking the producers of the movie. He tagged Spencer Kane who commented, “The love of my life 🥺❤️.”

The I Am Jazz star then asked Spencer, “Will you be my valentine? ❤️” Well, as you can imagine, a few fans put up their hands for that. But they liked the five-minute movie (part 1) a lot. A few fans commented on that. One said, “Wow you’re even more beautiful on screen than in your pics if that’s humanly possible. You’re a star man! Keep going!” Another commented, “You two definitely look cute together. You need to find ya some love for real. You’re old enough, and you deserve it.”

Big News… I have a Girlfriend! Just kidding, but it is the year anniversary since I co-starred in a short film called Fidelity. The film was one of my first true experiences with acting and the closest I have come to “Love” (acting) in a long time. Let me know what you think! Last, and most importantly, I want to thank @ericabrooke.s , @spooncer_ and @hinsoniv for being a great team to work with on this project. Miss you all so much…Sequel soon?!❤️ #shortfilms #fullmovie #moviemakers #moviemaking #gh5 #suspensethriller #thrillermovie #indiefilms #indiefilmhustle #murdermystery #cinematographers #cinematography #filmfestival #moviefestival #indieactor #spookymovies #moviemakers #directors #directorofphotography #filmdirector #directorlife #moviedirector #actor #acting

Fans hope Sander from I Am Jazz finds real love

So, it looks like the blind date that Jazz set up for Sander never went anywhere. For now, it looks like Sander Jennings is still single, and not taken. A few fans hope he finds someone who loves and appreciates him. What do you think? Do you agree it would be really nice to see him in a loving relationship? Sound off your thoughts in the comments below.

Remember to check back with TV Shows Ace often for more news about the cast of TLC’s I Am Jazz.