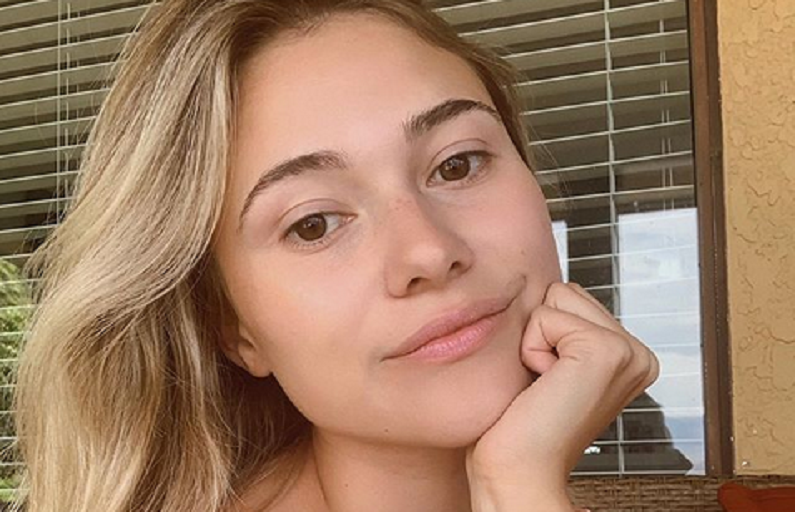 Bachelor contestant Mykenna Dorn wanted love, not hate. The 22-year-old joined the reality show to win over Peter Weber’s affection. Of course, that didn’t work out in her favor. Mykenna and Tammy Ly both went home on Wednesday night’s episode, as reported by TV Shows Ace. Prior to the shocking double elimination, the contestants ended up bickering instead of getting to know Peter better.

Tammy Ly questioned Mykenna’s intentions. She felt that the British Columbia native was on the show to promote her fashion blog. Most of Bachelor Nation felt the same way as well. Mykenna claims her intentions were pure. But that hasn’t stopped her from receiving hate and backlash.

On Friday, Feb. 7, Mykenna Dorn tweeted that she’s going to focus on the positive rather than the negative. No, she wasn’t giving another motivational speech. She informed her over 5,000 followers that she’s received hate since her appearance on The Bachelor. Mykenna addressed the “hate mail” and “death threats” she received. The fashion blogger said she joined the show to find love, not hate. Not only did she lose out on love, but she also gained a lot of hate, as evidenced in her latest tweets.

You can just never win with this society today. I’m choosing to look at all the positives today and not the negative people that have no love and their hearts. What power does it give you when you tweet and DM negative comments about someone you don’t even know???

We all signed up for love not hate mail and death threats. It’s easy to block out the negative comments and rise above but sometimes it really hurts. We are all human. We are not perfect.. we make mistakes.

Mykenna admits that she’s not a “perfect” person and she’s aware of the “mistakes” she’s made on the show. She’s still growing and learning. After all, she’s become one of the youngest contestants to ever appear on The Bachelor. Both fans and contestants felt that Mykenna was too young for Peter. It was made apparent by her youthfulness and immaturity towards dating and relationships.

Mykenna Dorn becomes an internet sensation based on these two things

She hoped to find love on The Bachelor. But after just five episodes, she struck out. Mykenna pouted whenever she couldn’t squeeze in some alone time with Peter. Her facial expressions have become memes and GIFs on social media as a result. Instead of winning Peter’s affection, she’s become an internet joke. Mykenna just can’t seem to win.

Thanks to her facial expressions, she’s become a meme, as reported by TV Insider. It first happened in Episode 5 when Mykenna unknowingly stuck out her tongue on several occasions. The Bachelor constant’s bizarre facial expressions immediately went viral on social media.

When he watches your story but doesn’t text back. #TheBachelor pic.twitter.com/7RMfmM2kqJ

Mykenna also became known for her awkward motivational speech about kindness. She confronted Tammy Ly with what she thought was a winning speech. Instead, it left all of Bachelor Nation confused. It also led to her packing her bags.

Now, she wants to focus on spreading more love. Since Mykenna has only been in one serious relationship, she still has a lot to learn. According to her, it didn’t end well. She left The Bachelor realizing what she’s really looking for. According to her Bachelor bio, it seems like she already knows.

23 I have a really good feeling about you 💛

“She’s looking for someone who will surprise her with romantic adventures but will also be OK with it when she wants to go out drinking and dancing with her friends,” her bio states.

Mykenna must’ve made these realizations months after appearing on The Bachelor. But she still has her life ahead of her.

Here’s to Mykenna Dorn experiencing more love, not hate. Follow TV Shows Ace for the latest news on The Bachelor.