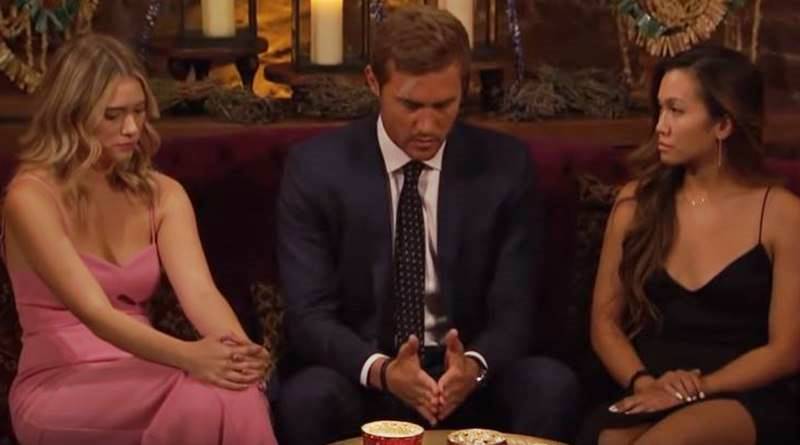 The Bachelor fans saw Peter Weber send both Sydney and Mykenna home in the last episode. Now, with six women left in the show, he felt that the two women needed to go. Actually, too many girls without chemistry left him with no other choice. And, if there’s chemistry lacking, maybe it’s the fault of the contestants. He felt that the incessant bickering between the women and their self-focus left him little time to get to actually know them very well.

Fans of the ABC franchise expected some bickering and drama. But, many of them grow really irritated with the constant fighting and rivers of tears on Peter Weber’s season. In fact, the contestants made themselves so unpopular with viewers, that many of them feel not one of them should be selected for the lead in The Bachelorette. TV Shows Ace reported that this week, Peter sent home Sydney and Mykenna. Notably, Mykenna’s drama with Tammy Ly probably never helped her.

People reminds readers about a few of the dramas and fights between The Bachelor contestants. The outlet mentioned Tammy Ly, Mykenna, and Kelsey Weier. That came after he sent Alayah Benavidez home. A bunch of the women “turned on Benavidez,” accusing her of “faking” for the cameras. And, sitting in the middle of these fights and feuds, Peter Weber now feels they distracted from getting to know anyone terribly well.

Possibly, bringing Hannah Brown back for the premiere set the tone. It looked like all the women took confidence knocks when she showed up. In fact, if they could have physically torn Hannah to shreds, possibly they would have. And, the show ended up with insecure women bickering for Peter’s attention. Peter told People they ended up “wasting time” with all of that. Bear in mind that Peter never saw the women together bickering and fighting. He reminded People, that he only really saw that after the season started airing. But he felt the effects during his own scenes.

The Bachelor lead said that many conversations he had with the contestants started off being about the other contestants. He noted, “I do wish that the conversations wouldn’t have been so focused on each other.” In the end, it meant that he and the contestants couldn’t really get “to know each other as well as [they] should have.” Whatsmore, Peter said that he “didn’t really want to spend [his] time talking about other women.” He wanted to talk to the woman with him at the time, about her.

Peter never really got to know the contestants that well as they “wasted time” continually trying to diss the others when they saw Peter. And, that dragged Peter into some of the furor, which he disliked. What do you think about the women literally bickering their way out of a chance to win Peter’s heart? Sound off your thoughts in the comments below.