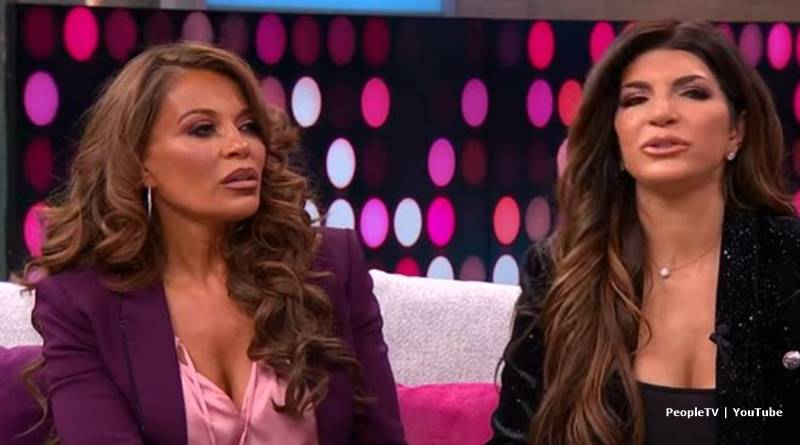 RHONJ fans saw photos of Joe Giudice at a hotel in Mexico. There, he hung out with family, friends, and some hot Mexican babes. Many people freaked about it and slammed him. But, Joe apologized to his daughters. Interestingly, he didn’t apologize to Teresa. But, Teresa seemed to take it well when she texted Melissa Gorga. Now, she spoke a bit more about it, and she’s not even concerned.

TV Shows Ace reported that the pictures first emerged via TMZ. We reported that he apologized to the kids, though he later took the post down. Soon after that, we reported that Melissa Gorga talked about Teresa’s initial reaction. In fact, she didn’t seem terribly upset. When Melissa and her husband saw the photos and sent Teresa a text, she just replied, “LOL.”

Now, Teresa talked a bit more about how she felt when she saw those photos. In fact, it seems she’s angrier with the people who took the photos. Speaking on PEOPLE TV’s Reality Check, the RHONJ star comes off as relaxed about the whole thing. It now emerges that she accepts they are separated. After all, they already spent a lot of time apart due to their respective time behind bars. They agreed on a separation, so why should Joe stress too much about those pics?

Just like Joe, it seems that she worried more about her daughters seeing the photos. Actually, she’s pretty angry with the photographers. She said on the show, “it wasn’t even paparazzi taking his picture. It was random people at the hotel, which I think people should just mind their business because we’re just normal people like everyone else. It’s like, why do you want to take our photo? Leave us alone.”

The RHONJ star also told them that people should just let him live his life. Plus, she also wants to move along and just live her life too. She added, “We all need our privacy.” With Teresa, fans saw Dolores Catania. She felt that after explaining it to the kids, they are fine with it too. And, she noted how awesome it was that Teresa never let anyone use the kids to make the situation even more ugly. You can see the interview below. The part where they discuss Joe in Mexico starts at 15.11.

What do you think about fans freaking over Joe Guidice with Mexican babes? Do you think that Teresa’s taking it very well? After all, she hardly sounds even worried about it. Sound off your thoughts in the comments below.