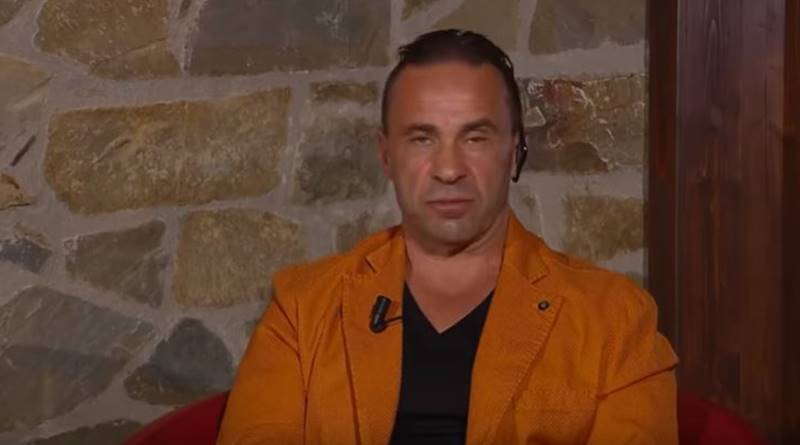 Joe Giudice admitted that he made some mistakes in his life. Now separated from Teresa, and living in Italy while he appeals his deportation, he certainly seems to have done just that. Recently, more “mistakes” emerged online involving him partying with some Mexican babes. He apologized to his daughters but later deleted the Instagram post.

TV Shows Ace reported in early January, that Joe, who just had the kids over for a visit in Italy took to his Instagram. He shared about selfies and how his daughters taught him more about taking good ones. He admitted he’s still learning though. But, trolls angry over the breakup with Teresa, got in his face. Some of them slammed him, but he told the critics that everyone makes a mistake in life. He said, “part of life is making mistakes hun I wish it came with a book of lessons.”

Now, TMZ revealed what seems to be yet another mistake by Joe. On their Twitter, they posted up pictures showing Joe in Mexico. Taking a hard line, they slammed Joe with the title, “Joe Giudice Parties with a Flock of Hot Babes in Mexico, Teresa Who?” Ouch! Well, the pictures pretty much spoke for themselves. Clearly, there’s some close-up and personal PDA going down. Joe reacted by apologizing but later deleted the post.

Joe Giudice Parties with a Flock of Hot Babes in Mexico, Teresa Who? https://t.co/dfNoCsBKam

The deleted post where Joe apologized to his daughters

TMZ explained in their article that Joe went off to Mexico with some mates over the weekend. The outlet wrote, “Joe was seen dancing with some of the girls at a hotel called Izla. Later, he was spotted cozying up with a couple other gals under a cabana on the beach.” But, later it emerged that Joe apologized to his daughters for his behavior.

Reality Blurb ran the story about how Joe Giudice reacted to the story about the Mexican babes. According to him, Joe was with his friends and his uncle on the vacation. He said that those women wanted to dance with him, and he gave them “permission to dance close.” Now, he’s very “sorry” that his “girls witnessed it.” Actually, he seems sorrier that the daughters saw it, rather than for actually getting up close and personal.

Joe feels it takes ‘bravery to be in the public eye’

In his apology, Joe noted, “I have learned about the bravery it takes to be in public eye.” Then he said that often, “videos or comments” sometimes come over as “insensitive and stupid, and [he’s] deeply sorry for that.” He then added that his daughters actually “deserve” him “full time.” But, at the same time, he’s not ashamed of  “talking to humans.”

What do you think about Joe Giudice deleting the apology after the pictures of the Mexican babes emerged? Do you think it’s much of an apology? Why do you think he deleted it? Sound off your thoughts in the comments below.

Remember to check back with TV Shows Ace often for more news about the cast of Bravo’s RHONJ and Joe Giudice.