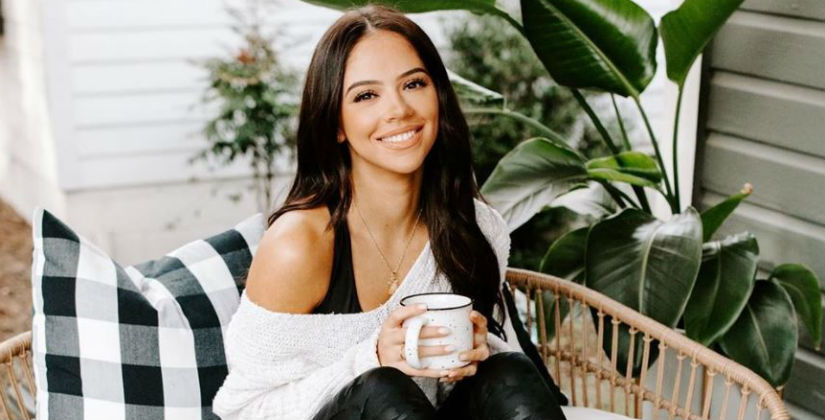 Sydney Hightower is under fire from a former high school classmate who has accused her of lying. On Monday night’s episode of The Bachelor, Sydney talked about being bullied while she was in school. She revealed to Peter Weber that she used to eat lunch alone in the bathroom while in high school. Sydney said she did this because she was made fun of for being biracial at her Alabama High School. One former classmate decided to call Sydney out on social media.

US Weekly shared details about the classmates accusations, as well as, Sydney’s response. Shortly following this conversation with Peter, a former classmate of Sydney’s went to Twitter to share some yearbook photos. So what did the classmate say? They tweeted, “‘Ate lunch in the bathroom everyday of highschool’” #bachelornation I’m selling my yearbooks for $200 a pop, who wants the tea😂😂😂😂😂😂😂.” This caption was tweeted along with photos of Sydney wearing crowns and being dubbed an “upperclassmen top beauty” in the yearbook.

“Ate lunch in the bathroom everyday of highschool” #bachelornation I’m selling my yearbooks for $200 a pop, who wants the tea😂😂😂😂😂😂😂 pic.twitter.com/Kjz9LuMEru

Sydney was not about to let this person throw her under the bus. She responded to the accusatory tweet by saying, “Feels ridiculous I even have to address this. But correct I did win a beauty pageant my senior year of high school. She continued saying, “That was voted for by 5 judges. Not by my peers. Winning a pageant based off of outer beauty does not take away the racial bullying,and isolation I’ve been through. I was also on the cheer team in middle school and in many clubs in high school. You’ll do anything you can to fit in, and I tried. I won pageants because of my ‘looks’ and I was in clubs because I wanted a scholarship to get into college. Not because I was accepted by my peers.”

Sydney didn’t stop there. She finished up saying, “Any one from my high school want to pull out the videos of girls stuffing my locker with Oreo cookies, vandalizing my home, shoving me in the hall ways? Teachers literally referring to me as a halfbreed? Calling my mother the worst names I’ve ever heard in my life? I doubt that.”

Safe to say it was a pretty smooth takeoff- ✈️🌹

She also DM’d the classmate

Sydney did not only respond publicly on Twitter, she also sent a DM to the former classmate. In the message she said,

“Shame on you. Shame on you for spreading hate and trying to construe something on the internet to hurt another human being. I don’t know you, but I do remember you from high school and your social group did not care for me. And that’s OK. Because I would never want the approval of hateful, racist human beings. But you will never know these struggles, and that’s a blessing.”

She continued, “I feel sad for you, and I’m sorry that you have not grown as a human being since high school. I hope you know that I will be praying for you and I hope you know this will not affect me, but it did hurt me that you would try to diminish my pain, and my struggles because of beauty pageants and clubs I entered into, to just try and be accepted. You are welcome to screenshot this and share it as well as you see fit. Have a great night.”

The classmate did go on to address the situation a bit further. She said that while Sydney did endure some bullying and racial slurs, it was not the entire senior year as she had said to Peter on television. She said Sydney also did take part in being a “mean girl.”

People is now reporting that Sydney actually went to school with former Bachelorette Hannah Brown. The yearbook photos that have been shared all over the internet show Brown in the yearbook. In one photo they were even standing right next to each other. While Hannah has said she knows several of the women on Peter’s season, she never mentioned Sydney. Perhaps Hannah will come to Sydney’s defense after the former classmate called her out.

Sydney’s time on The Bachelor

This isn’t the first bit of drama Sydney has been a part of this season. Looking back, Sydney was also one of the girls who ran to Peter about Alayah being fake and there for the wrong reasons. However after taking Alayah back fans saw Peter send Alayah home last night for a second time.

Sydney is still in the running for Peter’s heart on The Bachelor. She and the remaining contestants are headed to Chile in Wednesday night’s special episode. Do you think she is a good match for Peter? What do you think about Sydney standing up for herself after a former classmate accused her of lying. Stay tuned to TV Shows Ace for more news on The Bachelor.