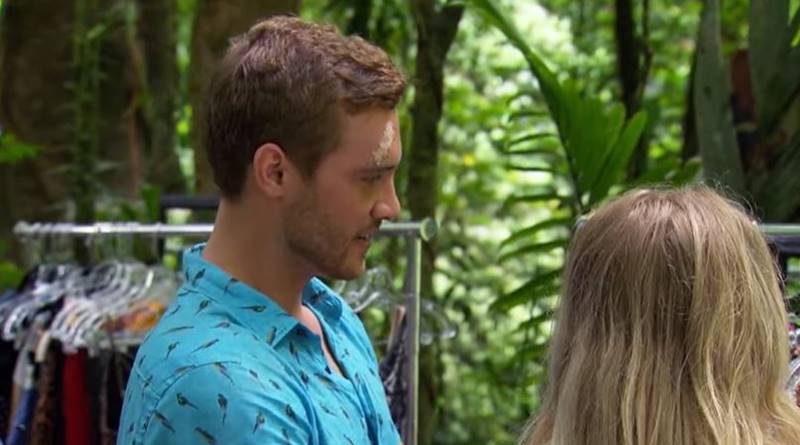 The Bachelor 2020 fans often hear from guru Reality Steve about spoilers on the show. This year’s no different, except with Peter Weber, nobody’s sure who he ends up with. Now, new spoilers came out about Rose Ceremony 6, and who was eliminated. It also covered who kept the rose, and who appeared on the group date. If you don’t want to read spoilers, then please stop reading here.

On his Instagram on Monday night, Reality Steve revealed the latest spoilers. However, note that the Rose Ceremony takes place at the beginning of the next episode these days. So, you won’t be able to apply these until next week, we previously reported. The first spoiler that emerged is that on the one-on-one date, Hannah Ann Slus gets to keep the rose. Then, the group date featured Natasha Parker, Madison Prewett, Sydney Hightower, Kelley Flanagan, Victoria Paul, and Kelsey Weier.

Reality Steve mentioned that the group date girls starred “in their own  telenovela titled ‘El Amor de Pedro?'” In the preview for this season of The Bachelor, fans saw Madison slap someone. This is the group date where that happened. The next spoiler reveals the one-on-one date with Victoria Fuller where they went to the rodeo and trained horses. Victoria kept the rose.

Then Reality Steve says that Victoria Paul left the show voluntarily. Plus, fans heard long back that she apparently appeared back in Louisiana “crowning her successor.” Reality Steve now noted that possibly Victoria already decided if she didn’t get to a certain level with Peter, then she would leave. That might account for her timing on her departure.

Victoria Fuller gets a second date

Cosmopolitan reported in January that much drama came with Victoria Fuller. They noted, “Victoria is this season’s resident Here for the Wrong Reasons contestant, she appears to have modeled for a clothing brand repping White Lives Matter merch.”  But she survives quite a long way into the show by all accounts. One fan noted on the spoilers, “Surprised Victoria F got a second one on one date. I have a feeling she is the one he wanted but when he found out her past she ends up leaving when it’s final 3.”

Next came the two-on-one date where Tammy Ly and Mykenna Dorn both end up eliminated “on the date.” Rose Ceremony 6 sees the elimination of  Sydney Hightower. That leaves six The Bachelor contestants to move on to Lima in Peru. These women include Madison Prewett, Natasha Parker, Kelsey Weier, Kelley Flanagan, Victoria Fuller, and Hannah Ann Slus.

Fans react to the spoilers for The Bachelor

Fans who reacted do the spoilers seem less than impressed with the contestants on Peter Weber’s season. Here’s what some of them said:

What do you think about the new spoilers for Rose Ceremony 6 on The Bachelor? Are you still hoping that before the end of the season someone spoils the outcome? Sound off your thoughts in the comments below.