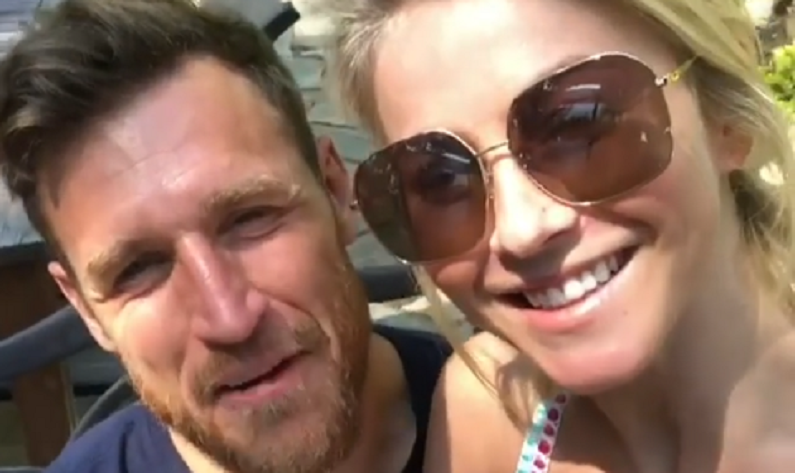 Julianne Hough and Brooks Laich have become your typical Hollywood couple. The rumor mill has been talking about the current state of their marriage for the past month. Fans noticed when Julianne didn’t wear her wedding ring on several occasions. Then news broke that the couple didn’t spend New Year’s Eve together.

What also doesn’t help the rumors is their cryptic messages. What do they mean? Brooks talks about “reassessing the many things” in his life lately. Julianne used her Instagram Stories to post quotes about relationships. Despite the rumors, the couple has remained strong.

Couple steps out amid rumors of marital problems

Julianne Hough and Brooks Laich had a lunch date in Studio City, California on Saturday, Feb. 1, as reported by People. The 31-year-old professional dancer wore gray sweatpants with a beige cropped sweatshirt. She wore her blonde hair in a top knot. Meanwhile, Brooks wore a black Nike long-sleeved T-shirt and matching shorts.

Julianne still wasn’t wearing her wedding ring. However, the couple looked to be in good spirits. They were smiling during their outing. At one point, Brooks placed his hand on Julianne’s back.

This sighting comes days after Julianne posted a cryptic message on Instagram, as reported by TV Shows Ace. Her post hinted towards loving someone as they grow and change. Sources told People that the couple has hit a rough patch in their marriage. But the couple has no plans of getting a divorce. Sources say Julianne is a “free-spirit” and “independent woman,” and Brooks has a hard time handling that.

Derek Hough is addressing the couple’s rumored marriage problems. He also opened up about his sister’s health. Julianne is fighting the common cold while her husband has been nursing her back to health. In an exclusive interview with People, Derek revealed that his sister hasn’t been feeling well lately.

“She’s sick right now,” Derek admitted. “I’ve never seen her so sick like in so long. I think it’s going around or something.”

When Derek was asked about the couple’s relationship problems, he refused to quash the rumors surrounding their marriage.

Grateful is an understatement! @derekhough and I had the most magical experience creating #HolidaysWithTheHoughs, and feel so full of love after seeing all of YOU have as much fun watching it as we did making it! Thank you to @nbc, @ashleyedens, @katyt8, @hayley.erbert, @corinnelson, @dilloncouvillon, @tessandrachavez, @markballas, @bcjean, @jordan_fisher, @ciara, @neyo, @spencerbarnesla, @florido, @stylememaeve, all the dancers, and everyone else not named who helped us in creating this special…and for helping HWTH achieve the network’s highest rated show in our timeslot since September and best total-viewer in our timeslot since March with 4.7 million viewers!!! 🤯 We feel so lucky to be able to celebrate the holidays with all of you ❤️

Even though he refused to discuss the tabloid rumors, he did admit that Brooks has been taking good care of Julianne.

“I’m just getting pictures of her cough of medicine,” Derek said. “I’m like, ‘Cool, I’m not coming over. You’re on your own right now.’ Brooks is taking good care of her.”

If the new photos are any indication, Julianne seems to be doing much better. Derek previously revealed that his famous sister has been “crushing it” as she embarks on Oprah Winfrey’s national wellness tour, which started in January. During the show, Julianne teaches the audience a dance workout. She’s also been promoting her new venture called Kinergy.

Happy Birthday Queen @oprah So grateful to be in your presence and celebrate life with you during this life changing tour! Thank you for leading by example and paving the way for all of us. Also… I love Dancing together, just sayin’ 🤷🏼‍♀️🦋🧚🏼‍♀️ Here’s to YOU!!! 🙏🏼

Neither Brooks nor Julianne have addressed the rumors. The couple wed back in July 2017. Both Brooks and Julianne have expressed a desire to explore their sexuality.

What are your thoughts on Julianne Hough and Brooks Laich? Do you believe the couple will fight the marriage rumors? Sound off below in the comments section.