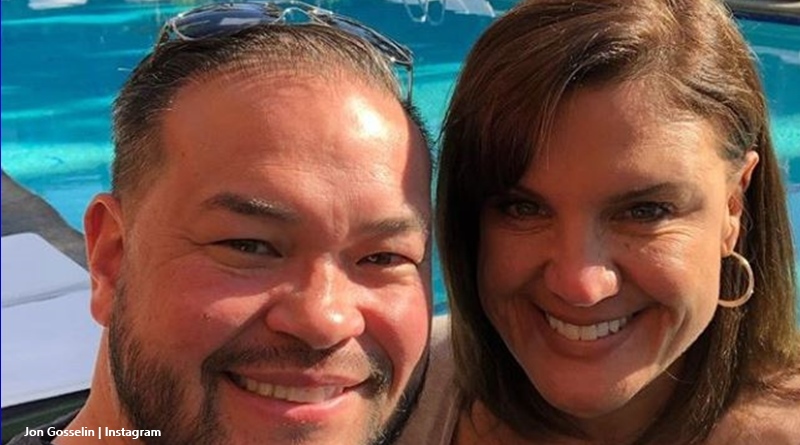 Jon Gosselin thinks of his family as his son Collin, daughter Hannah, girlfriend Colleen, and her two kids. Obviously, the twins, Mady and Cara, and the rest of the sextuplets would also be nice, but Kate keeps them well away from her ex. In fact, their vacation to St Croix this year just included Jon’s “new” family. At Christmas, he shared a photo and fans sounded really thrilled that they look so well and happy.

It’s hard to imagine that after the very toxic breakup Jon and Kate went though, that more stuff emerges now about just how big the rift is. When Jon took his “new” family to  St.Croix in the United States Virgin Islands for Thanksgiving, we recalled the backstory of it all. As a quick recap, Jon Gosselin and Kate married when he was in his “early 20s.” They produced all those kids with Kate and starred in TLC’s Jon and Kate Plus 8.

“Later, after a toxic divorce, a serious tussle with TLC over contracts, the show renewed without Jon. It’s now called Kate Plus 8. Jon only recently got his gag order lifted and he’s not afraid to speak out about Kate’s parenting,” we noted. Recently, Kate got found guilty of contempt of court for filming the kids without Jon’s consent. Radar Online also reminds us that “Jon was married to Kate for 10 years before their nasty divorce in 2009.” That looks still very bitter. But, Jon at least enjoys time with his new family.

Jon’s post on Instagram this Christmas showed a happy and close family scene. Sitting in front of the fireplace, Jon’s flanked by Collin with his cheeky grin, and Colleen’s son. In the front row, Hannah, Colleen, and her daughter sit alongside their cute dog. Jon captioned it with, “Merry Christmas and Happy Holidays!!!! Wishing you the best in 2020 from our family to you and your family!!!”

Jon’s still got loads of fans, and many of them commented on the happy family scene. One fan said, “It makes me happy to know you got at least two of your babies back. Everytime I see you together with your family happy it makes me smile❤️❤️. hope you have the best Christmas ever!” Another Jon Gosselin follower noted, “So happy to see these smiles. Those of us who have been following you since back in the day are happy to see this. Merry Christmas!! No team, or just her team happy, and you all look happy and that’s all that counts.”

Similarly, many other fans noticed that happiness shines out. And, that’s wonderful for Jon who went through some horrid and toxic times with Kate. What do you think of that Christmas photo? Do you agree they look very well and happy together as a “new family?” Sound off your thoughts in the comments below.