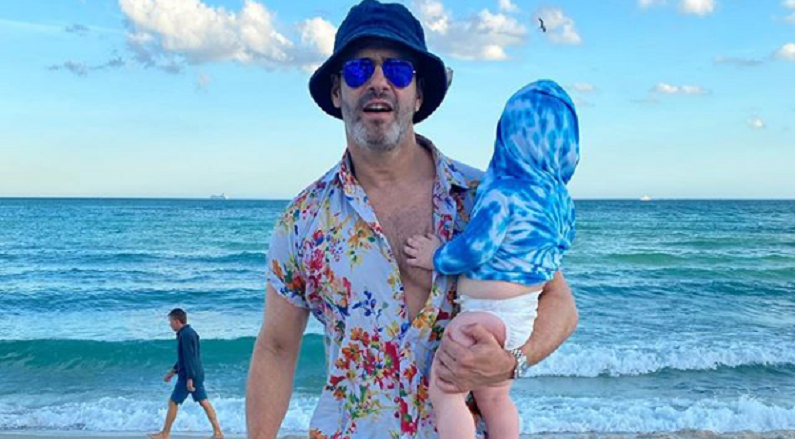 Andy Cohen has a new lease on life following his skin cancer scare. The Bravo boss changed his lifestyle. Not only has he quit drinking, but he also has a new fitness routine. Andy Cohen’s personal trainer Stan Kravchenko is sharing those details with his fans.

Viewers noticed his slimmer and trimmer physique lately. The 51-year-old Watch What Happens Live host revealed that he quit drinking alcohol. That’s an interesting move for a late-night host who encourages drinking. But he realized that his “suits were getting tight.” That’s when Andy realized he needed a lifestyle change.

How this late-night host prepares for “beach season”

Even though it’s only February, it’s never too early to work on our summer bodies. Andy Cohen is aware that summer is coming, and he didn’t want to cover-up at the beach. The Bravo executive admits to “watching” his diet in addition to giving up alcohol. But that’s not all he does, according to his personal trainer.

“There’s a few things I can say about this. He became dad, so I think he prioritizes his health right now and fitness more than he used to,” Stan Kravchenko told TooFab on Monday, Feb. 3. “He changed his nutrition. He cut his carbs, too. And he did cut down on drinking.”

Stan used to bartend in the Bravo Clubhouse during WWHL. He spent an entire month sober before suggesting the idea to Andy. The WWHL host noticed how much weight he lost after reducing his alcohol intake. Andy was also motivated to change his lifestyle after the arrival of his baby boy, Allen Cohen.

With @bravoandy and his adorable son Benjamin 😍

Stan also shared some of the workouts he and Andy do together. “I combine a lot of weights with the body weight; meaning, let’s say we do chest and back, we’ll do jumping jacks in between,” Stan said. “Or crunches. Some exercise that keeps your heart rate always elevated.”

The pair likes to do a combination of weight-lifting and cardio. Stans says that combining these exercises burns fat and tones the body. It provides results that Andy needs in a one-hour workout session. Stan admits the reason why their workout takes so long is because Andy stops to answer “work and personal” texts and emails.

As TV Shows Ace reported, he credited his best friend Kelly Ripa for detecting his skin cancer early. In a segment for Live with Kelly in 2016, she pointed it out and told him to get it checked it out on live television. He recounted the story on Jenny McCarthy’s SiriusXM radio show.

“There was a dot on my lip that I had for a while that I was not paying attention to,” Andy said. “Kelly came up to me and goes, ‘What’s happening with your lip? Get that checked out today. That is skin cancer.”

“It was malignant melanoma,” Andy admitted.

He had surgery to remove the cancer. He’s still grateful to Kelly to inspire him to go to the doctor. While Andy loves sunbathing, he knew he had to change some of his lifestyle habits.

“I love to tan. It killed me this morning, I should be at the pool, but I’m working,” he told Jenny. “I’m not that person anymore.”

On Monday night’s episode of WWHL, he wore two bandages on his face. During his interview with Jenny, Andy said that he “got something hacked off my forehead.” It’s unclear whether this new procedure was related to his skin cancer.