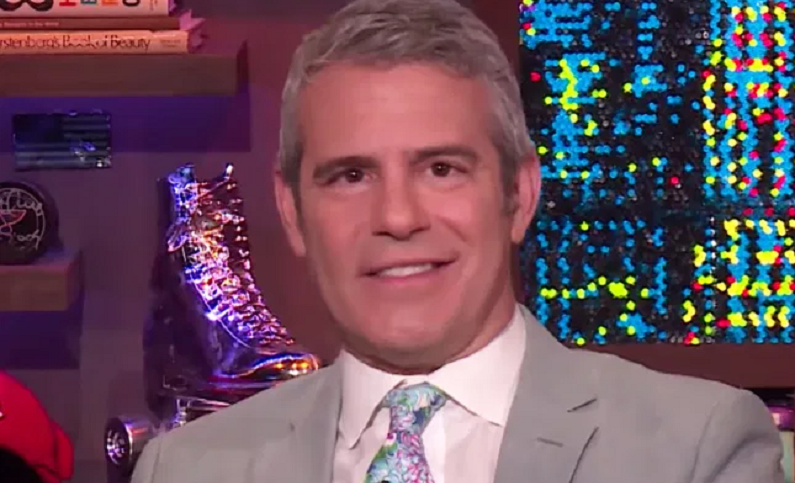 Below Deck fans are fired up over this volatile season. As TV Shows Ace reported, they want Leslie Jones to replace Andy Cohen on the Season 7 reunion episode. They don’t like that the Bravo executive doesn’t ask the right questions. Now they’re complaining over the reunion location.

The Bravo producer has had enough over the backlash about the location of the Below Deck reunion. Fans were not happy when Below Deck Mediterranean didn’t have a reunion episode. They were also upset when Below Deck Season 6 had its reunion in the Watch What Happens Live Clubhouse. And, it looks like it could be happening again.

Since Below Deck Mediterranean didn’t have a reunion, fans were wondering if Below Deck Season 7 would have one. It’s been an explosive season. It would make sense to conclude some of the events that unfolded. Not only is there a Below Deck Season 7 reunion, but there’s also a two-part reunion episode. A multi-part Below Deck reunion hasn’t been filmed in years, as Showbiz CheatSheet reported.

Andy Cohen shared a cast photo on Instagram. That’s when fans asked him questions and pestered him about the location. One fan noticed that the reunion episode was filmed inside the Clubhouse.

“Why can’t they have a real reunion why in this crappy area? Ugh,” the fan wrote.

“It is a real reunion,” Andy fired back. “Doesn’t matter where it is as long as all the players are there.”

Below Deck is one of Bravo’s highest rated shows. So, it would make sense to have the reunion shot on location, like with the Real Housewives franchise. Even other shows like Southern Charm and Vanderpump Rules have multi-part reunion episodes that are often shot on location.

Below Deck’s reunion shows used to be shot on location until Season 4. Since then, they’ve been shot in New York City. Andy is tired of the Clubhouse drama. Fans argued that the Clubhouse is the worst location for a reunion show. They feel it should only be reserved for episodes of Watch What Happens Live. But Andy feels they should feel lucky to even have a reunion.

“You can complain about the set, or be happy it happened at all,” he retorted.

Reunion is filled with drama

On Monday night’s episode of WWHL, Andy teased the upcoming reunion. And, it’s as tense as the entire season was. The clip shows Ashton Pienaar going after chief stew Kate Chastain and Captain Lee Rosbach. It all started when Kate Chastain claims Ashton isn’t in any position to judge others on the boat.

“When you were still gyrating in a Speedo for dollar bills, I had already worked my way up to chief stew,” Kate tells Ashton.

Of course, he doesn’t like that response. Ashton turns it around on Kate and asked her how many years she’s worked in yachting. Then, he looks over at Captain Lee and asks him. Kate looks surprised when Ashton questions Captain Lee’s yachting experience. The entire crew looks awkwardly at one another as Ashton gets testy with the Stud of the Sea. Even Andy Cohen looks surprised.

“Whose boat are you working on right now Ashton?” Kate fires back.

The two-part reunion will not disappoint.

The reunion will give fans one last look at the drama that unfolded this season. The gloves will come off as everyone defends themselves. According to Bravo, the reunion episodes will play into everyone’s insecurities and weaknesses. This will lead up to an explosive finale, which explains why it was filmed in two parts.

Everything will finally come to light. Hopefully, Below Deck fans will get the apologies and questions they’ve been looking for.

Part one of the Below Deck Season 7 reunion is scheduled to air on Monday, February 10 at 8:00 p.m. ET on Bravo. It will air before a new episode of Below Deck Sailing Yacht.

What are your thoughts on the location of the Below Deck Season 7 reunion? Do you agree with the fans? Or, do you agree with Andy Cohen that fans should feel lucky to even have a reunion? Sound off below in the comments section.