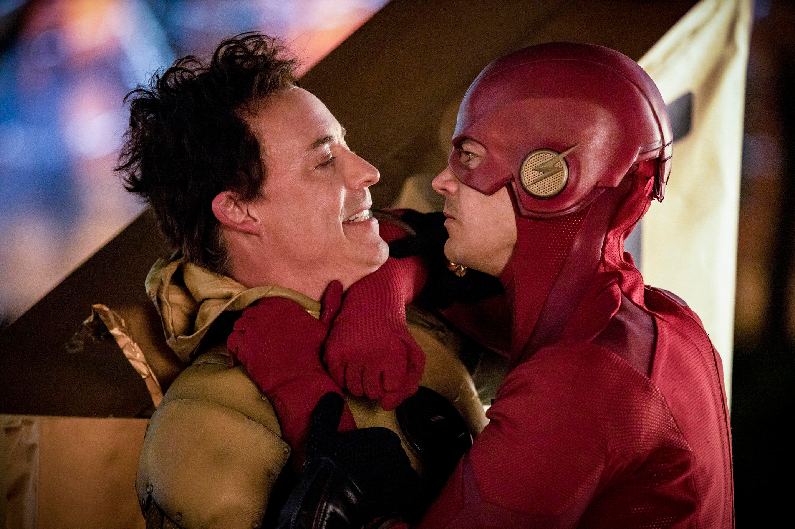 The Flash is returning tonight from its midseason status. The series will reveal a whole new world outside of Crisis of Infinite Earth. The multiverse is said to influence the series. It will also find a way to introduce previous characters from the series. Last year, it was reported that Wally West/Kid Flash (Keiynan Lonsdale) will make a return.

Nash Wells (Tom Cavanaugh) will also make an appearance on the show. This makes sense since the multiverse is no longer accessible to Earth-Prime following the post-Crisis on Infinite Earths events. The Flash producers are teasing what’s to come in the midseason premiere. Something else is going to happen to happen to Nash. In the meantime, Wally’s return will one of the series’ most “pivotal” moments.

The Flash showrunner say Wally West will make a return

In an interview with TVLine, showrunner Eric Wallace talked about the midseason. That’s when he teased about Wally’s return and its importance.

“How do I say this without spoilers…. Wally returns for one of the pivotal episodes in the mythology of The Flash, and that is not an understatement,” Wallace said. “He comes back as a changed person, and what he comes back to deal with, and how it involves Barry, will literally change the two of them – and their abilities, quite frankly – moving forward.”

Wally last made his appearance during Season 5. Before that, he left Central City to appear on the Legends of Tomorrow. Fans have been missing Wally ever since. They feel that his appearances have been far and few between. Lonsdale addressed Wally West’s disappearance in a previous interview.

“I’m not coming back full-time, but I’ll still be like in the DC universe, just not like, I won’t be filming ten months of the year every year,” Lonsdale said during a 2018 interview with Comic Book. “It got announced and then I was like, I’ve got to make sure that people know it was my decision so that no one got too angry. I hope that everyone’s not too sad about missing Wally.”

When The Flash returns tonight, Nash Wells will available. He will be the only version of Harrison Wells from now on. What does that mean for his fate? As fans know, the Earth’s heroes is aware that he’s also Pariah, the one who was responsible for the death of Oliver Queen and other souls in the multiverse. Producers are teasing that something else will be coming up for him in the post-Pariah world.