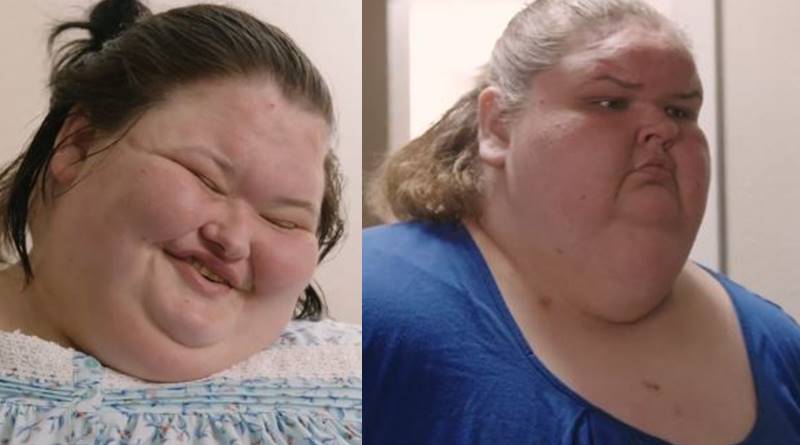 1000-Lb Sisters showed Amy qualified for her bariatric surgery. But, instead of celebrating for her sister, Tammy cried about her own failure. Even when Dr. Proctor said he’d still talk about surgery for her if she lost more weight, Tammy seemed inconsolable. Many fans slammed Tammy on social media for her attitude. But, now it looks like Amy went for her surgery, and Tammy was there for her.

TV Shows Ace reported that Amy’s getting plenty of loving support on Instagram. But, over on Twitter, Tammy’s getting slammed by critics. That’s because they think Tammy made little effort and relied on her sister to motivate her. They felt it unfair that she couldn’t be happy for Amy. While fans of the TLC show accept Tammy was disappointed, they grew angry because she seemed to blame everyone else for her failure.

Wondering if a second season might show Amy getting her surgery done, and Tammy losing more weight, we suggested there’s room for another show. But, after Tammy scratched that idea, saying there is no Season 2, so people wondered how 1000-Lb Sisters would end. Well, those critics of Tammy might step back a bit. It turns out that Tammy supported Amy. Pop Culture‘s exclusive preview clip showed Tammy at the hotel where Amy’s getting over her surgery

Tammy supports Amy and manages without her walker

In the preview clip, Amy sits in a chair in her room. And, Tammy comes along to visit her. But the astonishing thing that emerges is that Tammy simply walks in and sits down. Amy congratulates Tammy, as there’s no sign of the walker. Over on YouTube recently, Tammy said she tries getting around without her walker. But, she sprained her knee and that led to some discomfort and pain. Exercise and good eating could yet bring the news that both the 1000-Lb Sisters stars one day manage their bariatric surgery, after all.

Not only did Tammy walk into the room, but for once she supported Amy. The 1000-Lb Sisters star said to the camera that Amy looked in pain, but that she’d be okay. Then she went on about how much her sister means to her. This time, she acknowledged that Amy’s been around for her but now Amy needs her support. Tammy said, “I’m going to help her as much as possible. Whatever she needs, I got her back.”

What do you think about Tammy’s change of heart? Do you think it’s great that she now supports her sister Amy? Are you amazed that she just walked into a room with no walker? Sound off your thoughts in the comments below.