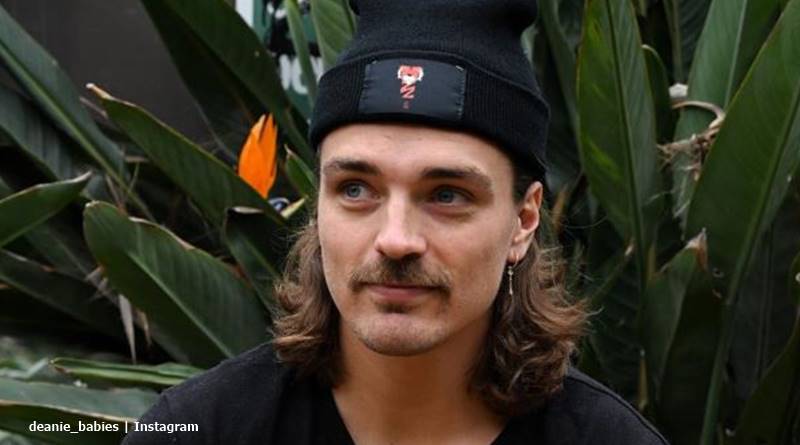 BIP fans heard that Dean Unglert and Caelynn Miller-Keyes fostered a dog named Pappy. Well, with his leg healing up still, he took to Instagram to share a few pics. He looks comfortable as he ditched the RV for a while. And, his high spirits saw him joking about his leg that he hurt in his skiing accident in Switzerland.

Dean certainly looks relaxed and comfortable. He shared a photo of him sitting by the fire with the dog. Plus, he shared another post of a drone video. He looks to be in a fabulous place. And, he looks healthy and happy as well. Dean captioned his photo by the fire with, “ditched the van for @thegaslightjoshuatree.” Fans loved the photo, even though the angle of it made him look like a burning sacrifice. One fan noted, “thought your we’re on fire, (sic).”

Other fans noted the dog, who looks even more comfortable than Dean, perched on his lap by the warm fire. One BIP fan pleaded with him, saying “can u guys just keep him? he is living a dream right now and looks so happy! plus he just looks like part of the fam.” TV Shows Ace reported that when they selected the little dog, they saw him at two different shelters. Feeling that was an omen, they took him home. But, Caelynn said on Twitter they fostered him for “a little bit,” so fans really want them to give Pappy a long-term happy life.

these violent delights have violent ends

Dean’s healing, jokes about his leg

People reported that Dean’s accident in Switzerland dislocated his hip and shattered his femur. He spent time in the hospital after surgery. Later, he and Caelynn moved slowly across Europe by train. The Bachelor In Paradise couple did Germany in the New Year and then went to London.  Eventually cleared for his long-haul flight, he made it back to the USA. He thanked Caelynn for being his helper as he recovered. Now, he looks like he’s healing well. Recall that his original pics and videos showed him limping on his crunches. It’s his right leg that got injured. But now, he joked about that on his IG stories.

The BIP alum posted a pic of him reaching down to his foot and stretching his leg by lifting it up to his thigh. He captioned it with, “First time touching my right foot in 5 and a half weeks.” But a follower pointed out it was his left leg in the short clip. Den joked, ” Oops. I guess I forgot which leg I broke last month hate it when that happens.” But, he obviously gave out that message that he’s healing so well, the bad leg’s nearly as good as the other one. That’s great news, as it really was a bad accident.

What do you think about BIP‘s Dean Unglert ditching the RV for a while and joking about his leg healing? Do you hope he keeps Pappy? Sound off your thoughts in the comments below.