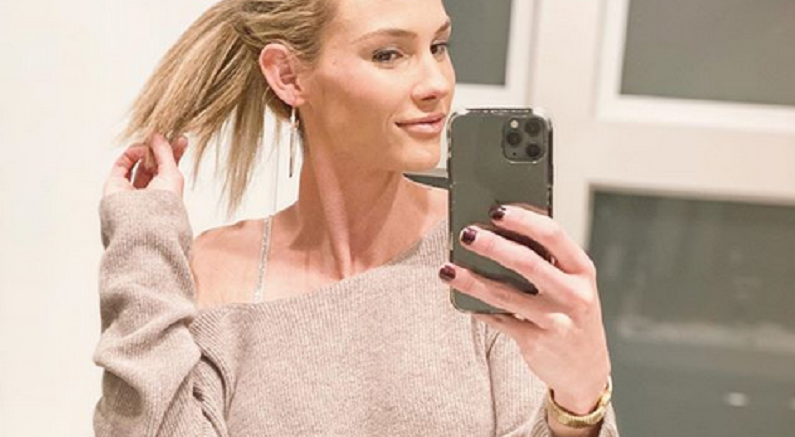 Meghan King Edmonds and Jim Edmonds have been making headlines all month. The couple has been in a war of words over their marriage. Meghan King Edmonds said she was letting it all out on her new podcast, Intimate Knowledge. She doesn’t plan to hold back on her feelings. Even if she literally has to pay for it.

The couple is in the middle of a messy divorce. Meghan King Edmonds recently revealed that she no longer speaks to her estranged husband. Even though the two are co-parents, she claims she has “no contact” with Jim Edmonds with whom she shares three kids. Now she’s taking a good look at her marriage in a new interview.

The Real Housewives of Orange County alum has a better perspective on dating and relationships. She appeared on Nick Viall’s episode of The Viall Files podcast, where she talked about her dream man. That’s when the lifestyle blogger stated that she’s not interested in dating a man that comes with kids or baggage, as reported by People.

“I love kids and I loved being a stepmom, but it’s just a lot of baggage,” Meghan King Edmonds said. “And I hate to call kids baggage, but kids are a lifelong commitment and you didn’t have any input into creating this child and it’s just hard.”

Of course, Jim Edmonds isn’t sitting too well with Meghan’s declaration. His rep responded to People with the comment: “I wonder how Jim’s children feel about being referred to as baggage. What a disgraceful thing to say.”

How their co-parenting situation could “improve”

Meghan doesn’t want to hold back on her current situation with her husband. She’s going to continue to speak out about their split. In an interview with Entertainment Tonight, Meghan admitted that their co-parenting situation could be better. Even though they don’t have any contact with each other, she feels their communication could improve.

“I think it could be better,” Meghan said. “It makes me sad that after five years of a loving marriage, with our ups and downs, that we could be in a place that make me sad. But I’m hopeful for better communication in the future. We’ll just keep it like that.”

Meghan said that their “co-parenting could improve.” Jim did visit his family when Meghan was in California, as she admitted in the interview. However, Jim’s rep, Steve Honig, reached out to the media once again and said that Meghan should leave their family’s personal business out of the public eye.

Regardless, Meghan feels hopeful about the new year. She claims that she wants to focus on her kids without getting involved with another man.

What are your thoughts on Meghan King Edmonds and Jim Edmonds’ situation? Sound off below in the comments section.