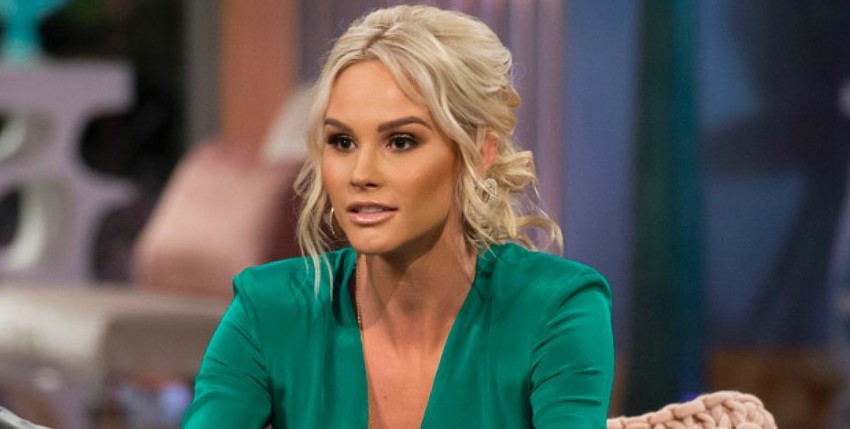 The Real Housewives of Orange County’s Meghan King Edmonds has been single for a minute and she’s already dating. But not the way you think. As fans know, Meghan’s husband, Jim Edmonds, abruptly filed for divorce in October after five years of marriage.

In response to Jim moving on, Meghan also seems ready to move on. She’s single but she isn’t ready to mingle…yet.

If you’re unfamiliar, Urban Dictionary defines “masterdating” as taking yourself on dates. And not just out for coffee or a fast food burger. To qualify as “masterdating,” the soloist must engage in an activity usually reserved for couples. Going out to dinner at a fancy restaurant and attending a concert alone are examples of “masterdates.”

Bravo’s The Daily Dish reports on Meghan’s self-love. Earlier this week Meghan took to her Instagram Stories to share her “masterdating” experience. She took herself out to dinner at a nice restaurant for sushi. She even splurged and bought herself a water.

In another video, she shared footage of her walking to a movie. She wrote in the caption that she found it “liberating” to go public with her newfound activity. She said,

I recommend masterdating for all. It’s a healthy part of the human experience and we shouldn’t feel ashamed or embarrassed to do it!”

After taking herself to dinner and a movie, it was home to relax. For Meghan, that means folding laundry while wearing a face mask. She jokes to her followers, “Now this is just getting dirty, y’all.”

Meghan Calls Being a Stepmom ‘Baggage’

The RHOC star may not be dating yet, but she already has some deal breakers for her next romance. Us Weekly reports that Meghan doesn’t want to date a man with children. The reality star did note how “hypocritical” it sounds, expecting a man to accept her kids.

While Meghan says she “loved” being a stepmom, she doesn’t want to do it again. She explains,

I hate to call kids baggage, but kids are a lifelong commitment and you didn’t have any input into creating this child and it’s hard.”

During a podcast appearance last week, Meghan revealed that she doesn’t speak to her ex-husband’s children since the split.

Through his representative, Jim had a swift retort for Meghan’s comments about his kids. The rep said, “I can’t help but wonder how Jim’s four children feel about being called baggage.”

Meghan already had a strained relationship with Hayley, Jim’s oldest daughter. Since the split, Hayley has been vocal about her disdain for her former stepmother. This latest drama is unlikely to help the situation.

The Real Housewives of Orange County is going through massive cast shake-ups. Longtime stars Vicki Gunvalson and Tamra Judge quit the show ahead of Season 15. Meghan has been open about her willingness to return.

RHOC Season 15 will return later this year on Bravo. Stay tuned to TV Shows Ace for updated casting news and if Meghan gets an orange back.