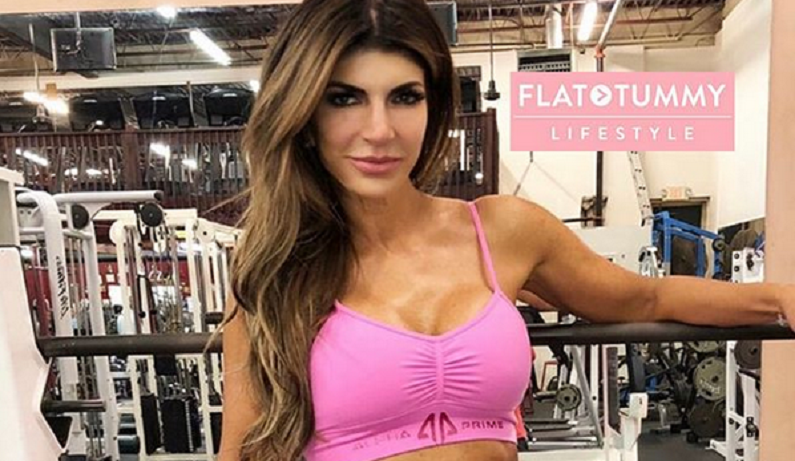 RHONJ star Teresa Giudice has gone under the knife a second time. The reality star revealed why this procedure was “necessary.” She underwent a second breast augmentation surgery to have her breast implants removed and then replaced. Teresa’s first procedure was over 10 year ago.

The Real Housewives of New Jersey star always keeps it real. She has been open and honest about her plastic surgery procedures. Teresa has also been real about the ups and downs of her marriage to Joe Giudice. As TV Shows Ace reported, the couple has split after 20 years of marriage.

Gets real on her breast augmentation surgery

Teresa Giudice posted a lengthy explanation on Instagram about her breast augmentation surgery. She shared a photo of herself with plastic surgeon Dr. Aviva Preminger, as reported by People. In the caption, Teresa said she wanted to get her “breasts re-done” and she “could not be happier with the results.” She encourages other women to do the same. But it doesn’t have to be cosmetic surgery. It can be little things like bubble baths and retail therapy.

I believe it’s important to always stand strong and feel like your best most confident self. 10 Years after my first Breast Augmentation I decided to have my breasts re-done. I am so thankful for Dr. Preminger @premingermd. She was amazing, and so professional. I absolutely loved her and could not be happier with the results. I was very nervous to re-do my breasts , but I felt it was necessary for me to feel like my best self. I encourage anyone who doesn’t feel their best self to work on feeling better. Even if it is the smallest thing every day. If it is something that requires cosmetic surgery to feel better I highly recommend Dr. Preminger @premingermd, and could not be happier with the results. I felt like she understood me, and really made me feel comfortable. I am grateful to have had such a professional approach. Dr. Preminger is Harvard, Cornell & Columbia educated Board Certified plastic surgeon. Based on my experience I can see why Dr.Preminger sits on the board of American Plastic Surgery, was the Chair of Ethics for the American Society of Plastic Surgeons for 2 years, and why she has an ethics faculty appointment at Cornell University Medical College. #teresaguidice #drpreminger #plasticsurgeon #breastimplants #femaleempowerment #standingstrong #nyc #doctor #boardcertified #harvard #cornell #columbia #president #ethicsboard #americanboardofplasticsurgery #lovetheskinyourein #feelgood #smile #selflove #boardmember #americansocietyofplasticsurgeons #notapaidadvertisement

She also gushed about the plastic surgeon, who she calls “so professional.” Teresa enjoyed her “professional approach” to the follow-up procedure. She had her first breast augmentation surgery in 2008, during the first season of RHONJ. Even though Teresa was still “very nervous” to go under the knife again, she “felt it was necessary for me to feel like my best self.”

Her latest transformation comes after she separated from her estranged husband Joe Giudice.

Joe Giudice spends time with a much younger woman

The couple announced their separation in December 2019. However, Joe didn’t look brokenhearted over losing Teresa. He was spotted on Saturday, Jan. 25 with several bikini-clad women in Mexico, as OK! Magazine reported. According to other tabloid reports, Joe was grinding on a much younger woman.

The 47-year-old was spotted dancing with three women in thong bikinis at a resort in Isla Mujeres. He held a can of beer while a blonde woman wrapped her arms around him. He wore sunglasses and black shorts, like in his latest photo on Instagram. Joe then took one of the women into a bungalow and embraced her. On that same day, he posted two videos as if he spent most of his time fishing by himelf. He forgot to include the bikini babes.

Teresa Giudice admits her life has “twists, turns, and detours”

She knows what it’s like to go through a rocky marriage on television. Teresa has given fans 10 seasons of her lashing out, crying, and everything in between. Shortly after Teresa and RHONJ filmed the Season 10 reunion last week, she reflected back on the final taping, according to The Daily Dish.

On Instagram, Teresa thanked fans for their ongoing support. She also thanked her team and friends, including her glam squad “for taking the time [and] energy on putting this look together!” She even thanked her Giudice family attorney James J. Leonard Jr “for always lending an ear [and] being supportive!” Teresa included her four daughters in the heartfelt post “who keep [her] going every day!”

Reunions are always a time for reflection & appreciation my life has taken many twists, turns and detours & you’ve all joined me for this journey! I’m so thankful for your years of support!! I’m so grateful to be a part of the @bravotv family! A huge shout out to my team for taking the time & energy on putting this look together! @mspriscillanyc on makeup – P you’ve been a friend that’s become my family, we’ve been through it all together! I truly love you! @jennitips on hair you always keep me laughing! @appianentertainment & @jleonardjresq for always lending an ear & being supportive! @pamellaroland on dress & always my four beautiful smart daughters who keep me going every day! @premingermd Dr.Preminger you are the best doctor👩🏼‍⚕️. Thank you for keeping me fresh and beautiful. ❣️💋😘

She admits that her life has been filled “twists, turns and detours.” It’s clear that this season of RHONJ has the most dramatic season yet for Teresa and her family. This season followed Joe’s ongoing deportation case. Shortly after he was released from ICE custody, he moved to Italy in October. He’s currently waiting on the court’s decision on his case.

Teresa Giudice and her daughters visited Joe in Italy to weigh the options on their marriage. Then in December, it was reported that the the couple ended their marriage.

Don’t forget to check back with TV Shows Ace for the latest news on the cast of the Real Housewives of New Jersey.