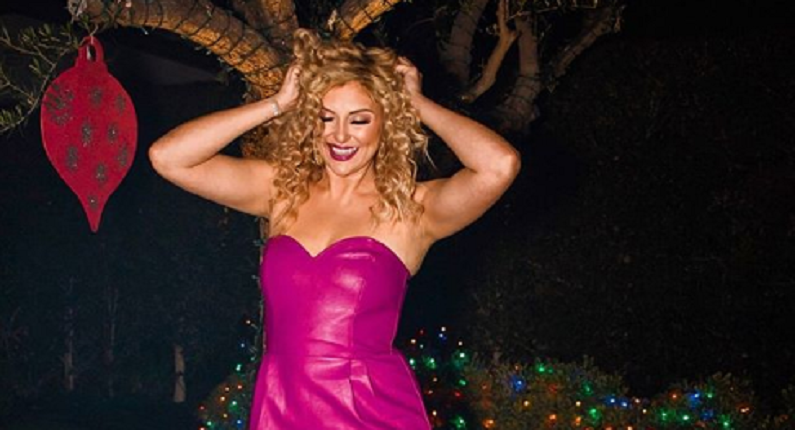 Gina Kirschenheiter is one of the most refreshing housewives of The Real Housewives of Orange County. She keeps it real. On season 14, she talked about her DUI, her husband’s infidelity, and her own weaknesses. She admits that she’s not perfect and she’s made some mistakes.

The TV personality had a lot to learn about the past year. Now she’s ready to head into the new year. She posted on Instagram about her “far from perfect year” in a revealing new post. She revealed that the past year was “hard.”

Kirschenheiter posted a selfie of herself on Instagram. In the post, she’s seen wearing a face full of makeup and a beige sweater. But she didn’t talk about her looks. Instead, she talked about the lessons that she’s learned in the past year alone, as reported via OK! Magazine.

“This year was hard. I’m far from perfect and this year has certainly proven that,” she wrote in the lengthy post.

This year was hard. I’m far from perfect and this year has certainly proven that. Fortunately, perfection has never been a goal or expectation of mine. I’ve made mistakes and I will continue to make mistakes. I choose to stay positive and recognize that every bad mistake I make and ever bad experience that comes to me is an opportunity for personal growth. I have more and more life perspective with every experience I have. Good or bad. I will stay grounded and humbled. I am proud of where I came from and where I am going. Thank you to everyone who has supported and comforted me throughout my life journey. U r what makes my life profound. ❤️ #Rhoc #goingoffthegridforafewdays #thankful

She admitted that she’ll never be the perfect Housewife that RHOC fans want her to be. She will always “make mistakes” regardless of what people think of her. Kirschenheiter would rather focus on the positive rather than the negative. She also sees every negative as “an opportunity for personal growth.”

The Real Housewives of Orange County star also has a new perspective on the negatives and positives. She says that it’s made her more “grounded and humbled.” She’s proud of the growth that she’s experienced along the way. In her post, the Bravo star thanked her fans for their ongoing support.

She revealed that her estranged husband Matt Kirschenheiter attacked her and threatened to kill her. She revealed the gruesome details of the assault on part three of The Real Housewives of Orange County season 14 reunion, which aired on Thursday, Dec. 26. She was very emotional as she admitted that the domestic abuse incident was the final straw in their longtime marriage.

The incident happened on June 22, just one month after RHOC stopped filming, as reported via People. During that time, the couple reconciled and decided to give their marriage another try. At the reunion, Kirschenheiter admitted that she wanted Matt back for the sake of their three children. As TV Shows Ace reported, she admitted that she slept with Matt before the incident occurred.

Their marriage was going well until June 22, when the alleged incident happened. She alleged that Matt choked her, dragged her, hit her, and threatened to kill her. Their three children were in the other room sleeping. Matt has since denied the allegations.

“He was just like a different person,” she revealed. “I was really scared. I ran out of the house, and I rang my neighbor’s doorbell, and I was banging on the door. And he dragged me back in the house.”

“A lot of the neighbors heard,” Kirschenheiter said with tears streaming down her face. “They all called the police and then the cops came, they arrested him. It was scary. It was really scary.”

Matt was charged with two felonies for the alleged incident by the Orange County District Attorney’s Office. If convicted, he could face up to four years in prison for domestic violence, including another three years for false imprisonment. Since the alleged incident occurred, the Kirschenheiters have been co-parenting as they work out their custody agreement.

The reality star has since moved on with her new boyfriend Travis Mullen. The two made their relationship Instagram official. Gina Kirschenheiter has made it clear that she wants to start 2020 with a new love in her life.

What are your thoughts on Gina Kirschenheiter’s Instagram post? Sound off below in the comments section. Don’t forget to check with TV Shows Ace for the latest news on The Real Housewives of Orange County.