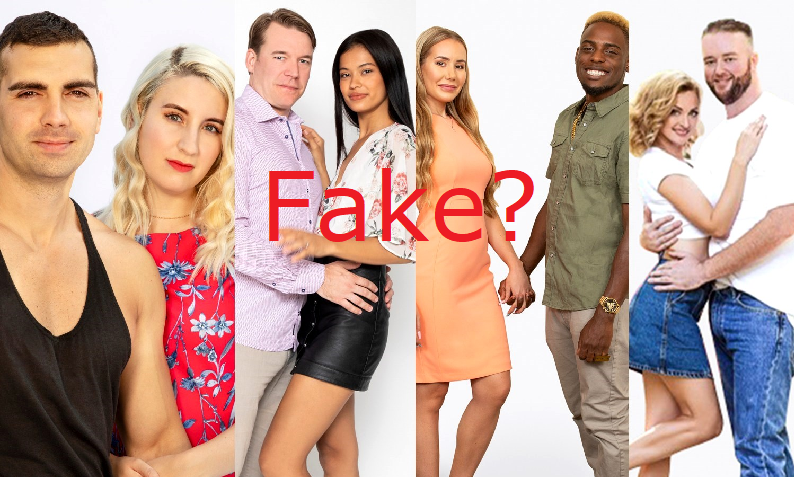 Is 90 Day Fiance fake? Of course, not all reality shows are 100% real. They must create some element of drama to keep fans entertained. But Season 7 of 90 Day Fiance doesn’t seem to be winning any points with fans and stars of the show. Fans accuse TLC and producers for making up drama.

TLC hasn’t addressed these claims. Jasmin Lahtinen is now sharing her side of the story. This comes after Michael Jessen’s ex-wife revealed that the show is fake. Jasmin revealed that she was portrayed in an unflattering light by TLC. She has been acting the entire time. Jasmin said that her relationship with Blake wasn’t accurately portrayed during the season of 90 Day Fiance.

The TLC star may seem like an introvert on the series, but she’s not holding back. Fans think Jasmin Lahtinen and Blake Abelard are all wrong for each other. Jasmin likes peace and quiet while Blake appears to like partying and hanging out with his friends. She revealed on Instagram that their storyline was created to make it appear that they’re wrong for each other, as reported by Showbiz CheatSheet.

“I feel like you think you are too good for the world!” a fan wrote on her Instagram page. “Your attitude sucks! Make it seem like you’re with him for papers, in my opinion.”

“You seem pretty mean on the show,” another fan said.

The stars of 90 Day Fiance sign NDAs to prevent them from giving the details of their relationships and the behind the scenes details. It’ll be interesting if Jasmin’s statements on Instagram will affect her future with TLC.

Season 7 has been called the most boring season yet. Fans are looking forward to a new season of 90 Day Fiance: Before the 90 Days. Everyone seems to agree over Season 7 of the show. Those who think the series is boring have their reasons. Fans grew tired over watching couples like Tania and Syngin and Anna and Mursel.

Fans have also been calling out the fake storylines on social media. According to Fraudedbytlc on Instagram, the scene where Jasmin told Blake “to skip his friend’s birthday” during dinner. It appears that this scene was “producer scripted.”

The spoiler account revealed that the storyline about Jasmin not getting along with Blake’s friends is fake. They ended up attending the party and she “had fun” despite her cold personality on the series. The Instagram account revealed that “production makes it much worse than it really is.” 90 Day Fiance fans are tired of the scripted storylines. They wish that TLC would get back to its roots as seen in Season 1. Even if Season 1 is boring, it had genuine couples with real storylines.

Jasmin isn’t the only cast member to complain

Sarah Jessen, Michael Jessen’s ex-wife, also revealed how TLC has been creating fake storylines this season. In a previous episode, Michael and Sarah talked with Juliana Custodio about a prenuptial agreement. As TV Shows Ace reported, Sarah said this awkward scene was TLC’s idea. She also came out and said how close she’s become to Juliana. Michael and Sarah are good friends who are successful with co-parenting their kids, Max and Cece. This is a stark contrast to what TLC has been showing.

What are your thoughts on this season of 90 Day Fiance? Do you agree with the fans who are fed up with the fake storylines? Sound off below in the comments section.

Remember to check back with TV Shows Ace for more news on the 90 Day Fiance franchise.

Proud Mama Jill Dillard Bragging About Samuel’s Huge Accomplishment
Duggar Kids Preparing For End Of ‘Counting On?’ Looks That Way
‘Live Rescue:’ Will A&E Resuscitate The Series After The Pandemic?
‘Days Of Our Lives’ Week Of June 14 Spoilers: EJ Pleads His Case – Jake Caters To Kate
Which Duggar Courtships Seem To Be In The Works?