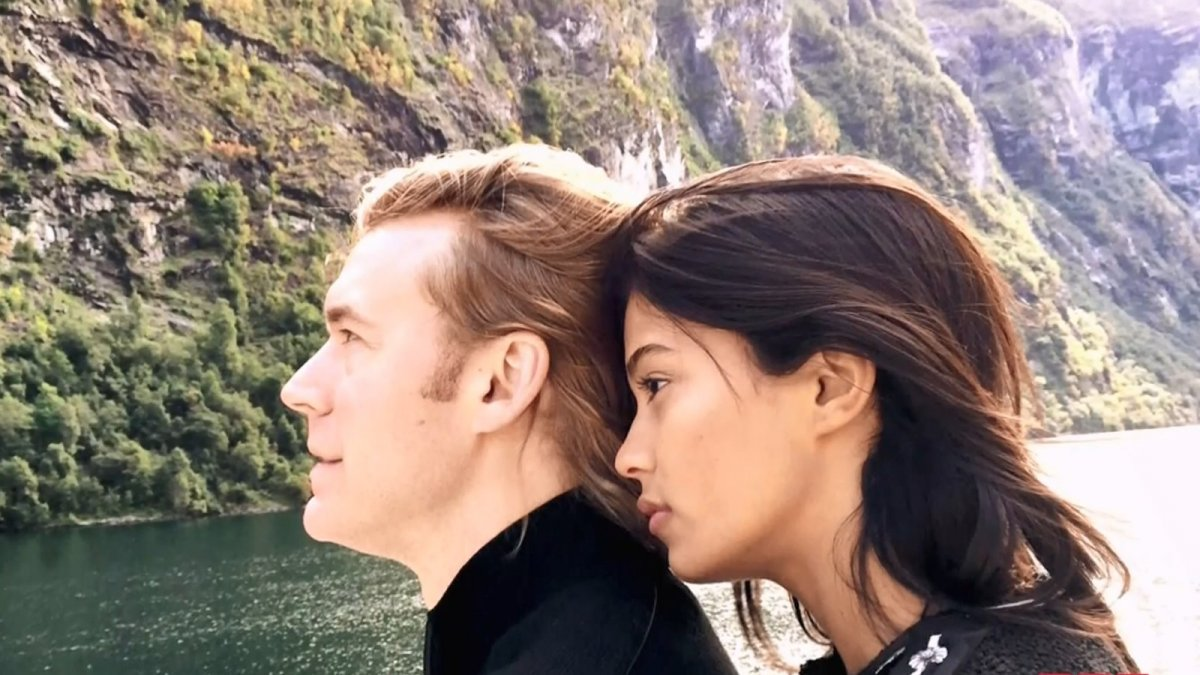 It looks like this spoiler has already leaked. 90 Day Fiance stars Michael Jessen and Juliana Custodio are one of the couples in Season 7 who have viewers wondering if their relationship is the real deal. After all, Michael is 19 years older than Juliana. She has both his credit and debit cards on lockdown. As the Sunday, Nov. 10 episode revealed, Juliana maxed out one of Michael’s credit cards when she bought herself a new car.

Some are wondering if their relationship is more transactional. According to a previous In Touch Weekly report, Michael and Juliana have already exchanged vows. (Warning: There are spoilers ahead about the current status of Michael and Juliana’s relationship. If you don’t want to read it, then please head back to the TV Shows Ace home page.)

In Touch Weekly obtained the official marriage certificate that proves that Michael, 42, and Juliana, 23, have gotten married. The two finally tied the knot last month and an insider spoke to the tabloid about their special day. The wedding took place at Michael’s house in Greenwich, Connecticut on Saturday, Oct. 12. Of course, it was a lavish ceremony that included Michael’s ex-wife, Sarah, who officiated the affair.

Michael and Juliana are in wedded bliss in America

This news that Sarah married Michael and his young bride may come as a shock to fans. In the trailer for the remainder of the season, Michael and Sarah argue over how to co-parent their two children. But as most reality TV fans know, not all reality TV is 100% real. Some of the drama is played up for the show. It turns out that Michael and Sarah get along well behind the scenes. In Touch Weekly’s insider revealed that even Sarah and Juliana get along well in real life.

Sarah has moved on with her life and is engaged to be married. She’s glad that Michael has found someone special to build his life with. Michael and Juliana raised eyebrows when it was revealed that they met during a yacht party in Croatia. It was an instant attraction for both of them. Most 90 Day Fiance viewers assume that Juliana is only with Michael for his money since he’s wealthy and spends a lot of money on her. On Sunday night’s episode, Michael was coy about how much he spends on Juliana.

This controversial couple even has 90 Day Fiance fans divided. Some assume that Juliana is a gold digger who only wants a green card. Other fans feel like this relationship could be the real deal. As previously reported via TV Shows Ace, Juliana was denied a Tourist Visa, so Michael assumed the K-1 visa would be the next best option to bring her to the U.S. He proposed and the two made plans to wed within her 90-day visit.

90 Day Fiance airs on Sundays at 8/7c on TLC. Don’t forget to check out TV Shows Ace for more news, updates, and spoilers on 90 Day Fiance.

‘Below Deck Sailing Yacht’: Dani Soares Wants The Focus On Her Baby
‘Love After Lockup’ Spoilers Update: Are Rachel And Doug Still Together?
Which ‘RHOC’ Alum Could Return As ‘Friend’ Of The Housewives?
‘OutDaughtered’ Quints Enjoy More Fun On New Wheels
Is Lifetime’s ‘Secrets Of A Marine’s Wife’ Based On A True Story?