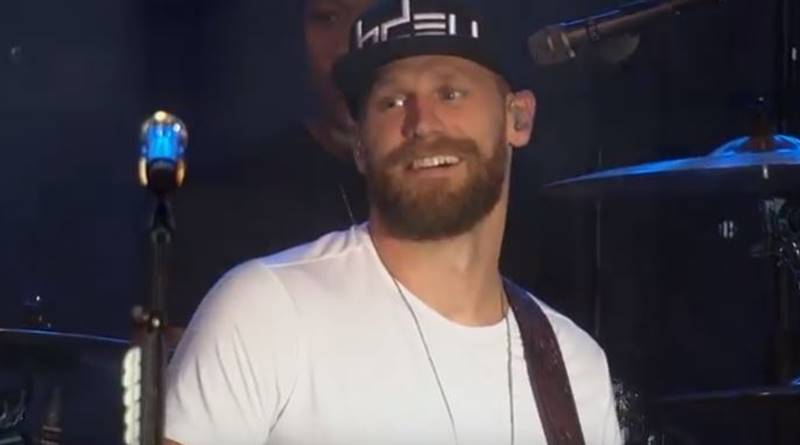 The Bachelor fans saw Chase Rice perform for Peter Weber and Victoria Fuller. It came when Peter Weber and Victoria went on their one-on-one date. They ended up dancing to music performed by Chase. Well, it all looked very discommoding for Victoria as she and Chase dated before. In the end, she told Peter about it. But after the show, fans speculated that the songs on Chase Rice’s album Pt.1 were about her.

The Bachelor producers dumped Chase Rice in an embarrassing situation

TV Shows Ace reported that the whole thing set up by the producers of the ABC show dumped Chase in an embarrassing situation. We noted that for Victoria, it seemed unnecessarily awkward as well. Fans and other celebs commented about it after the show, and many of them felt that the producers really shouldn’t have blindsided them like that. And, it turned out that Chase didn’t know what was planned either.

CNN reported that “Rice was not happy to see Fuller, nor was he thrilled with the stunt producers had pulled.” In fact, he spoke to SiriusXM The Highway, and said he went there for the exposure his music would get. He had no idea they planned for him and Fuller to end up in that situation. In fact, he had no idea he’d end up as part of The Bachelor‘s plot. Arising from that scene, fans of the show nevertheless think Victoria means plenty to the musician.

Victoria never inspired any songs on the Album Pt.1

Fans assumed that the new album got inspired by Fuller, as it contains some love tracks, In their multiple-thread interview on Twitter,  SiriusXM The Highway asked him about that. He denied it, saying that those songs are all about another girl he dated. While he admitted he knew Victoria for a “while now,” it seems the songs got inspired by another love in his life. He actually told them, “Without throwing her under the bus [Victoria] it’s about my ex-girlfriend.”

Actually, the interviewer mentioned that at least two songs were “written about her.” Well, Chase said, “that’s not true either.” He then explained that songs he sang related to a woman that he “had a relationship with for a couple of years.” He elaborated on that, noting he and the other girl “dated for about a year and a half to about two years.” Chase also clarified a few times that he never meant they were about the contestant on The Bachelor. He also didn’t want to say much more, as he doesn’t want the woman involved.

More of our chat with @ChaseRiceMusic, who says the songs on his new "The Album, Pt. 1" are NOT about Victoria Fuller from @BachelorABC 🌹 Part 2 of 2 #StormeWarrenShow pic.twitter.com/2I3oGqUEsE

What do you think about how it looks like Chase Rice got tricked into a situation he didn’t expect. Plus, now you know that it seems those songs on the album Pt. 1 were not written about Victoria. Sound off your thoughts in the comments below.